LARGO, Fla. (AP) — For the first half of their second debate, four contenders for Florida’s Democratic gubernatorial nomination were about as civil as can be Saturday night and hardly differed on issues of restoring voting rights to former convicts and opposition to for-profit charter schools.

But mentions of Syrian refugees and a campaign contribution to U.S. Sen. Marco Rubio heated up the debate inside a Largo, Florida high school.

“He was undeserving of any Democrat’s support, whatsoever,” Gillum said of Rubio.

King joined the attack on Levine, saying that even more concerning than the Rubio donation is what he called Levine’s efforts to silence or belittle critics in Miami Beach.

“If you disagree with Mayor Levine in Miami Beach, life is not very good for you,” King said.

Levine responded, joking, “Boy, it’s sure fun to be the front-runner.” Levine said he stood by his record as mayor but that he wished he could take back the check to Rubio.

Several of the questions were asked by students, including one by an 11-year-old boy who wanted to know how the candidates would keep him safe from a school shooting like last February’s at Marjory Stoneman Douglas High School in Parkland, Florida, where 17 people were killed. All of the candidates praised the Parkland students who have become gun-control advocates.

King has proposed a 6 percent sales tax on bullets, while Graham, if elected governor, said Saturday night that she would sign an executive order banning the sale of military-style assault weapons in the name of public safety.

“I think what students across the state of Florida, and across the nation at this point, want is action, not words,” Graham said.

Levine, King and Gillum said they supported the legalization of recreational marijuana, and Graham said a constitutional amendment legalizing medical marijuana should be enforced across the state.

Gillum defended himself when asked whether an FBI investigation into corruption at Tallahassee City Hall would create baggage for him against a potential Republican opponent. Gillum said he has been told he isn’t the focus of the investigation and there has been nothing to connect him with wrongdoing.

“I have a zero tolerance for corruption,” Gillum said. “I realize there are some people who would like to criminalize every relationship that I have, but I ask people to judge me by my actions.”

Businessman Jeff Greene joined the Democratic race last week. He was invited to the debate but declined.

The Democrats have not won a Florida gubernatorial election since 1994. Republican Gov. Rick Scott is barred by the state constitution from seeking a third consecutive term.

Agriculture Commissioner Adam Putnam and U.S. Rep. Ron DeSantis are leading a field of around a dozen Republican candidates.

This story has been corrected to reflect that Greene was invited but declined and to correct the spelling of Marjory Stoneman Douglas High School. 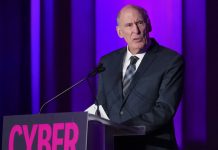