WASHINGTON (AP) — The Latest on Kathy Griffin (all times local):

CNN says it has cut ties with Kathy Griffin after she posted a video that showed her holding a likeness of President Donald Trump’s severed head.

The network says it has terminated its agreement with the comedian to appear on its New Year’s Eve programs. For a decade she had co-hosted the annual special with CNN correspondent Anderson Cooper.

Her future with CNN had been in doubt since the video appeared on Tuesday. CNN initially called it “disgusting and offensive.”

In addition to her losing the CNN job, a New Mexico casino said it was canceling a July live engagement, and she has lost a commercial endorsement she landed just weeks ago.

Griffin has apologized for the video.

President Donald Trump says celebrity Kathy Griffin “should be ashamed of herself” for appearing in a video holding what looked like Trump’s bloody, severed head.

In a post on his Twitter account Wednesday morning, the president says, “My children, especially my 11-year-old son, Barron, are having a hard time with this. Sick!”

Griffin, who helped with CNN’s New Year’s Eve coverage, has apologized, saying that the brief video was “too disturbing” and wasn’t funny.

“I went too far,” she says in a second video. “I sincerely apologize.”

Many people online called for Griffin to be jailed.

The first video showed a straight-faced Griffin slowly lifting the bloody head. She originally described the project with photographer Tyler Shields as an “artsy fartsy statement” mocking the commander in chief. 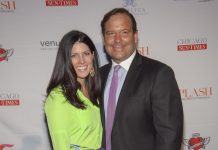 Is CNN ‘Out to Get’ Conservatives?