TALLAHASSEE, Fla. (AP) — Florida may have to pay millions to treat as many as 20,000 inmates after a federal judge ruled state prison officials failed to properly care for felons infected with the hepatitis C virus.

The Miami Herald reported U.S. District Court Judge Mark Walker on Friday ordered the Florida Department of Corrections to treat inmates who test positive for the viral infection with a special type of drugs.

Walker concluded the state prisons system had failed to properly treat inmates due to a lack of funding.

The class action lawsuit was filed in May by three inmates.

Michelle Glady, a department spokeswoman, said the state has not yet decided whether to appeal the decision. She said the agency is reviewing the order and “determining a plan of action.” 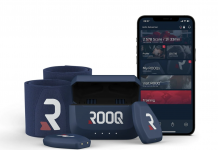