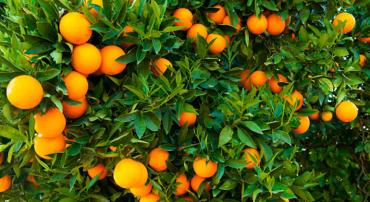 Rubio said in a letter to Gov. Ron DeSantis that money in a $343 million block grant needs to be disbursed to citrus growers. Rubio said the federal government shutdown has forced the U.S. Department of Agriculture to stop processing applications for what is known as the Wildfire and Hurricane Indemnity Program, or WHIP, and all disaster assistance payments.

“This is incredibly unfortunate for the many family farms throughout our state who are still struggling to get by after Hurricane Irma roared across the peninsula in September 2017,” Rubio said in the letter. “Citrus growers have been particularly devastated. After years of production losses on account of citrus greening, the 2017-18 season was supposed to mark the first uptick in production in over a decade. Instead, Hurricane Irma reduced the surviving crop to the lowest in over 60 years.”

The Florida Citrus Recovery Block Grant was part of a $2.36 billion disaster-relief package approved by Congress and signed by President Donald Trump in February 2018.

Rubio said the block-grant money has already been sent to the Florida Division of Emergency Management and is not affected by the federal shutdown. But he pointed to delays in the state agency providing the money to growers.

“It appears some of the delay in disbursing funds is a result of duplicative and unnecessary DEM (Division of Emergency Management) disbursement restrictions that USDA is already responsible for enforcing with respect to associated WHIP payment eligibility,” Rubio wrote. “DEM’s choice to delay disbursement of these critical funds extends the financial hardship for thousands of Floridians who work in or depend on a thriving citrus industry and robs our state’s economy of the benefits from federal taxpayer dollars that have already been allocated.”

Rubio’s request came a day after Senate Agriculture Chairman Ben Albritton, a Wauchula Republican who owns a citrus grove that was damaged by Irma, criticized the bureaucratic process tied to the funding.

“I wouldn’t call it mostly ineffective, but I would simply say in the most amount of bureaucratic fashion, as far as I know, not a single grower in the state of Florida has received $1 from those funds allocated from the WHIP program or the block grant program,” Albritton told his committee. “So, we have essentially been over a year without the support that was promised to us from the beginning. I’m not here to cast aspersions, I’m just stating the facts.”

About $129 million of the block-grant money is directed toward new trees, grove rehabilitation and irrigation-system repairs and replacements.

Another $182 million is directed toward future economic losses for growers who lost at least 40 percent of their crop production from Irma.

An estimated $29 million, subject to availability, will go to help growers meet crop-insurance purchase requirements for the 2022 and 2023 seasons.

The state’s agriculture industry took an estimated $2.5 billion hit from Irma, with the citrus industry sustaining at least $761 million in losses, according to a report from the Department of Agriculture and Consumer Affairs.

State Rep. Jared Moskowitz, a Coral Springs Democrat who has been selected by DeSantis to run the state’s Department of Emergency Management, had not resigned from the House as of Tuesday to shift into the new position.

COVID Cases Rise at a Record Rate: DeSantis joins a group of GOP leaders who keep business as usual