WASHINGTON – According to reporting done by News Talk Florida, POLITICO and multiple sources I can confirm that there are efforts to craft bipartisan support to repair the Affordable Care Act (ObamaCare) in both the House as well as Senate. We can further confirm local Florida lawmakers are helping to spearhead the effort led by Florida Sen. Bill Nelson (D) and Congressman Charlie Crist (D-FL) with others climbing on the bandwagon.

The group of moderate Republicans and Democrats have been talking for the past few weeks over the phone and via text message, according to POLITICO and confirmed by News Talk Florida.

Sen. Nelson along with Susan Collins, (R-Maine), Joe Manchin, (D-W.Va)(., Heidi Heitkamp, (D-N.D.) were joined by other members of both parties at a working dinner in Washington last week. The bipartisan group has begun the process of repairing the ACA. Supporting the search for a bipartisan bill includes Lisa Murkowski (R-Alaska), and John McCain (R-Ariz.), who along with Collins killed the repeal effort in the senate.

Sen. Mike Rounds, (R-S. D)., is part the aforementioned group of bipartisan senators looking for an ACA repair. He issued the following statement about the efforts to date.

“We’re trying to find common ground about where we go after this, because one way or another, regardless of if we were successful or they were successful, we wanted to find a bipartisan approach to get things moving in the future.

Sen. Nelson said in a statement: “Sen. Collins and I have discussed this issue many times and we are now working together. As former state insurance commissioners, we know how complicated this issue is and we are working with a small bipartisan group of senators equally dedicated to finding real solutions.”

Over in the House, there is a bi-partisan health care bill gaining traction. The bill would stabilize the Affordable Care Act (ObamaCare), while at the same time beginning to work on ways to improve the law.

POLITICO revealed that The Problem Solvers caucus, led by Tom Reed (R-N.Y.) and Josh Gottheimer (D-N.J.), is fronting the effort to stabilize the ACA markets, according to multiple sources. But other centrist members, including Rep. Kurt Schrader (D-Ore.), and several other lawmakers from the New Democrat Coalition and the GOP’s moderate Tuesday Group are also involved.

One of the strongest indicators that Capitol Hill was ready to move past the repeal and replace stage of health care came when Sen. Lamar Alexander, (R-Tenn.), chairman of the Senate health and labor committee, which oversees large parts of health care law told his staff on Friday morning to begin the committee process.

Both Republicans and Democrats know that voters want results, not rhetoric. So, the lawmakers have a multiple prong plan that would first address the immediate stabilization of the insurance markets while at the same time pushing for Obamacare changes that enjoy bi-partisan support.

The bill being crafted would support the funding for Obamacare’s cost-sharing subsidies. This would serve to stabilize the insurance markets by authorizing the estimated $7 billion needed in 2017 to reduce out-of-pocket costs for their poorest Obamacare customers.

There is bi-partisan agreement on two key issues that are important to Republicans. The concessions would come on the mandates as well as get rid of the two taxes proposed in the Senate GOP skinny repeal bill.

At present, the ACA calls for companies with at least 50 workers are subject to a tax penalty if they don’t provide coverage to their workers.

The Medical Device Tax, which was part of the Skinny Repeal Bill in the Senate would eliminate. Both sides will be looking for other tax repeals that can be agreed upon.

Next, on the issue, Medicaid funding there would be a federal stability fund – dollar amount unspecified — that states can tap to reduce premiums and other costs for people with extremely expensive medical needs. Both the Senate and House repeal packages allowed for the fund.

In hopes of addressing the needs of states, there will be some flexibility in the area of state innovation. The ACA is set up to allow states to seek waivers from coverage rules, but the lawmakers want additional guidance on how states can take advantage of them. 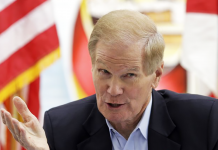