A new report released this week by the Themed Entertainment Association and the firm AECOM says Disney’s domestic parks declined by about 1 percent. Despite the declines, revenue was up about 5 percent due to increased guest spending. Disney officials have said they are comfortable trading smaller crowds for higher prices.

Attendance at Universal parks in the United States was up almost 7.5 percent thanks to the Harry Potter rides as well as a new Walking Dead attraction at its California park.

Six Flags parks had a 4 percent increase in attendance, and Cedar Fair parks were up 2.7 percent in visitors. 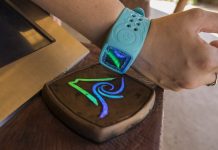