There will be a May referendum.

It is now onto a May 16th, 2023 vote by Tempe, Arizona residents in the continuing saga of the Phoenix-Arizona National Hockey League franchise’s more than 26-years of wandering through the desert looking for a permanent home. Tempe politicians have said they support the franchise’s plan to redevelop city property that does not produce any income for Tempe. It will be an arena-village that will include a 16,000-seat arena, housing and retail space. Tempe residents will pay for part of the project. It is possible a casino and sportsbook will end up on the property as Arizona law allows the opportunity for sports franchise owners to operate a sportsbook. That is what happened in the hockey team’s old Glendale home with the National Football League’s Arizona Cardinals franchise having a sportsbook at the Glendale football stadium. The land will need a thorough cleaning if voters say yes to the plan and the project has picked up a nickname, “Landfill to Landmark” as about 1.5 million tons of trash has to be removed.

There was initial opposition from some of the Tempe City Council but members of the political body green lighted the project unanimously and sent it to the voters. The franchise’s business people are negotiating with Sky Harbor Airport officials about the development and what it might mean to flight paths. Airport officials sent mailers out to Scottsdale residents, who have nothing to do with the Tempe project, to complain to Tempe politicians to try and stop the project. In 2021, elected officials in Tempe put out a request for proposal to develop a parcel within the city with the National Hockey League team in mind. Arizona ownership was the only group to submit a proposal. Tempe officials wanted a sports and a practice facility on the property. Now it is up to the voters to say yes. 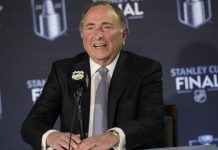 The NHL Is Not Planning To Get Bigger 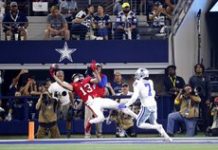