It is another National Football League weekend and it is another weekend where NFL network announcers are not going to spend time talking about Washington Commanders owner Daniel Snyder’s awful week. It is just another bad week for Snyder who continues to find himself in some sort of trouble for the way he runs his franchise. This time a House of Representatives committee criticized Snyder for having a toxic workplace environment. The House Committee on Oversight and Reform in a 79-page report concluded that Snyder was responsible for creating a “culture of fear” within the NFL organization and attempted to intimidate witnesses from cooperating with investigators. The House committee released its findings after a year of investigating Snyder. But the House committee has no power to strip Snyder of owning the NFL team nor can it administer any punishment. Snyder still is free to run his team although he has hired a bank to explore the possibility of selling the business.

Snyder was investigated by the league for sexual harassment and for having a hostile workplace. The special investigator’s report has never been released to the public. Snyder was fined $10 million and suspended from running his football team on a day-to-day basis but his wife Tanya was allowed to take over her husband’s duties. It is unclear if that suspension is still in effect. Additionally, Snyder along with Commissioner Roger Goodell, 30 other owners and the Green Bay Packers Board of Directors are being sued by the Washington, D. C. Attorney General Karl Racine for misleading consumers. Racine thinks that Washingtonians who support Snyder’s business are being deceived under the District of Columbia’s Consumer Protection Procedures Act, which gives the Attorney General authority to hold individuals or a company accountable for misleading consumers. It is just another week in Snyder’s NFL. 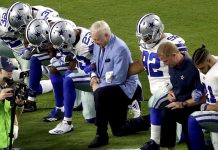 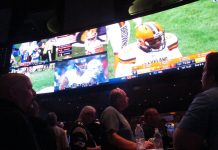