One of the most important ways that Donald Trump became president in 2016 was that African American voting was down nationwide. So, the Trump team is ramping up an attempt to suppress that vote in 2020 by highlighting Joe Biden’s support 1994 for Crime Bill the same way he did Hilary Clinton four years ago.

Despite the President’s issues with Charlottesville and the firm backing of White Supremacists groups he and his team seem to think they can use these tactics to win. The goal is to tar Biden with the Crime Bill.


Biden, the former Delaware Senator and chairman of the Senate Judiciary Committee in 1994, helped the then-President Bill Clinton to draft and pass the Crime Bill. The legacy of the fiercely controversial legislation hangs over Biden. There is no question that it is something that he has addressed a number of times over the years and no doubt he will have to explain during the upcoming 2020 Democratic Presidential Primary battle.

But if President Trump wants to play the race card against any Democratic nominee it will be a losing game plan to be sure. His record on race is both well defined and goes back many years.

As is often the case the New York tabloids were quick to pounce on the story. They lead with: “Wolf Pack’s Prey: Female Jogger Near Death After Savage Attack From Roving Gang.”

This was as not one of the finest times for the normally well thought of NYPD. The five teenagers falsely confessed after over 40 hours of deceptive police interrogation, their DNA wasn’t found at the crime scene, and their descriptions of the jogger and injuries didn’t match the evidence.

Then private citizen Donald Trump made the case of “The Central Park 5,” the main focus of his time. He took out full-page ads in all four major New York newspapers calling for their convictions and even pushing the state to reinstate the Death Penalty.

The trials were held and it came as no surprise to anyone that each young man was convicted, serving sentences ranging from six to 13 years. Trump wanted to be the face that got those young men off the streets and locked up for their crimes.

13 years after the crime the DNA evidence proved that it was not the so called “Central Park 5,” who committed the crime and they where exonerated. Later the City of New York was forced to pay them restitution for the many mistakes that led to the rush to judgement that sent five innocent teenagers to jail.

To this day Trump has never shown a single moment of remorse for leading the drum beat that help lead to the wrong convictions. Nor has ever apologized for getting it wrong once that state of New York cleared the young men of committing the crime.

Meanwhile, the other major race related high profile Trump issue his advancing the false theory that former President Barack Obama wasn’t born in this country is still very much alive.

According to a 2017 New York Times, report President Trump still is not convinced that President Obama’s birth certificate is real.

He essentially launched his current political career calling by becoming one of the most prominent advocates for the “birther” conspiracy theory. He continued spouting off these conspiracy theories in public as late as 2015 — years after Obama released short-form and long-form birth certificates proving he was born in Hawaii. (Although in 2016 Trump finally said that “President Barack Obama was born in the United States.”)

So, fine if President Trump thinks he can go after the Democrats on race I think that is one he will lose. 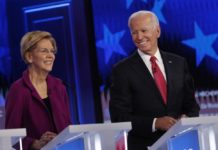