WASHINGTON (AP) — Wednesday President Donald Trump made a day trip to Ohio to do some stumping for his heath care plan as well as his hopes to jump start the infrastructure needs of the country.

President Trump has arrived in Cincinnati to discuss health care and his infrastructure plan.

The president met with families that the White House called “victims” of the Obama-era health law that Trump and congressional Republicans want to repeal.

Trump took time to talk about increasing premiums and insurance company pull-outs from the law’s exchanges as he pushes a GOP replacement plan.

White House spokesman Reed Cordish, says the presidents speech touched on issues such as apprenticeships and community colleges to develop workers’ skills in order to increase hiring and job growth. Trump is slated to deliver the speech at the Labor Department on Wednesday, June 14.

At a panel hosted by the Business Roundtable on Wednesday, Cordish said the problem wasn’t a lack of government funding for worker training but ineffective programs. He declined to give policy specifics about the speech, except to say that “administrative” steps would be involved and that the president’s daughter Ivanka Trump would be part of the initiative.

President Trump is defending his tweeting habit despite complaints from some Republicans that the president’s practice can be a distraction.

Zeldin said Wednesday that the president “definitely believes that the tweets are an important, valuable tool to be able to get out his message over and through mediums when there might be another narrative that’s out there that might be a different perspective than what he’s trying to get out.”

Zeldin says Trump “wasn’t like on his heels defensive, but he was talking about it being valuable.”

President Donald Trump will discuss his plans for a $1 trillion overhaul of the nation’s crumbling roads, bridges and waterways during a speech in Ohio Wednesday.

The president will deliver remarks at the Rivertowne Marina in Cincinnati. He’s expected to press efforts to repair the nation’s aging levees, dams, locks and ports, as well as his larger infrastructure aims.

The speech comes as the White House tries to push past a series of distractions and focus on Trump’s legislative agenda.

The White House has yet to detail specifics of the plan, but hopes to finance improvements using public-private partnerships. 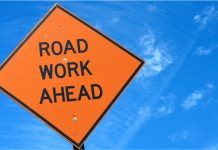 Trump Heads To Orlando Friday To Sell His Infrastructure Plan