Florida looks to get their share of any future infrastructure dollars

He won’t be going to Disney World but President Donald Trump and his family will be headed to Orlando on Friday. He will do a major speech touting his proposed his $1.5 trillion infrastructure plan.

After the speech, Trump and his family will head south to Palm Beach where he will spend the Presidents Day weekend at his Mar-a-Lago estate.

A Florida lawmaker Miami-Dade County Commission Chairman Esteban Bovo Jr. was on hand in D.C. Monday for a meeting with President Trump at the White House. The president met with governors from eight states, along with city and county officials, to gather input on the plan.

“We’re going to get the roads in great shape,” Trump told reporters. “Washington no longer will be a roadblock to progress.”

As the United States biggest vacation location and with over 100 million visitors passing through the Sunshine State each year fixing the state’s roads is a big priority. Also, a big issue on the states punch list are the many bridges that have gone without serious repairs in years.

High-speed trains, the future of the space program, the major parklands and about 100 other items are on the Florida infrastructure list. It is a list that grows larger by the day as the state is now the country’s third most populated.

That means keeping up growth that is tracking at about a rate of about 1% per year, adding about 1 million people, which is the equivalent of adding a city the size of Jacksonville every 5 years.

There is no doubt that infrastructure is Florida’s biggest need and top priority. Add to the aforementioned items, money for technology, for ports from north to south Florida.

So, look for a heated battle over who gets whatever money that might be on the table for infrastructure. 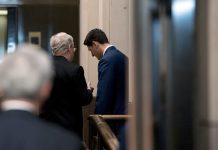 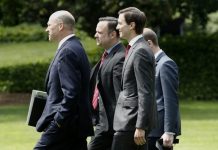