“It was a really great experience.” – Dr. Sadia Afrose

Dr. Maliha Nawar from Moghbazar, Dhaka, and Dr. Sadia Afrose from Nasirabad in Chittagong have a new routine, very different from their usual routines of seeing patients at their chambers.

Their new routine involves telephone calls, one after the other, with potential Covid-19 patients, or others facing critical dangers. Some of them worried, and most of them terrified, either of this new unknown killer disease or their failure to get help under the current predicament. Dr. Nawar and Dr. Afrose have the unenviable task of consoling these patients, trying to support them, offering medical advice that could potentially save their lives.

But that’s what doctors do. The question that begs us to ask then is: What is the first thing that you think of when you think of doctors?

Do you think of them as heroes? Men and women, who serve people in need, who save lives, who work to make any nation healthier?

In Bangladesh, doctors have not always enjoyed the most stellar reputations, perhaps with good reason. Who hasn’t had the experience of waiting for hours at a doctor’s chambers, then being seen for five minutes, asked to do a whole bunch of tests, and take a whole bunch of medicines, without ever having been diagnosed with the issue in the first place?

However, Covid-19 was the single most transformational event in our lifetimes. It was no surprise to see the unprecedented transformation. This transformation was not only in terms of tasks, or processes, or how we worked and studied or did groceries.

No, this transformation, in many cases, was also in mentality, and nowhere was this more apparent than in how thousands of doctors such as Dr. Nawar and Dr. Afrose reacted in the fight against Covid-19. They were willing, they were eager, they were ready to serve. It was not about money, or fame, or recognition, as doctors are often accused of by the general public.

However, this brings the next question: Doctors were willing to help, but how is it that they could be helping in the first place? After all, we were under strict lockdown. There was no way for people to reach them. Or was there?

This is where technology steps in, this is where disruption and innovation become necessary.

Bangladesh already had in place its 333 national hotlines. Government services were doing a good job of providing information to millions of Bangladeshis. However, a2i, the flagship program of the government’s Digital Bangladesh agenda, recognized the need to repurpose this hotline during Covid-19, and it went through several iterations including enabling people to self-report symptoms of the virus and information on whether the caller has been in contact with anybody with such symptoms.

However, perhaps its most significant iteration was transforming it into Bangladesh’s largest telemedicine service, almost overnight, at an unprecedented pace, and creating a Doctor’s Pool.

The rapidly growing number of calls – which escalated from a few thousand to several hundred thousand within a couple of weeks after the launch of the 333-based IVR system – led to the need for a significant number of doctors to be on call to receive them. But there were neither the means nor the mechanism to hire so many doctors.

a2i innovated the ‘Doctor’s Pool’ app – an Uber-like system where registered doctors could sign in during their free time and offer their services ensuring their safety and maximizing their productivity through virtual visits in the face of a massive patient surge.

Over 4,000 doctors have since logged onto the system, doctors such as Dr. Nawar and Dr. Afrose, to provide round-the-clock teleconsultations and services.

The most incredible part is that it was all voluntary, shattering the preconceived notion that doctors are only in it for the money.

So what is it that compelled them to, voluntarily, give their time to patients? For Dr. Afrose and Dr. Nawar, it was to be there for their nation and their people at this time of need.

This time, doctors were embodying the Hippocratic Oath, a requirement for every doctor and physician, that appeared to have been sadly lost from our doctors. Or so we thought. Turns out, sometimes, it requires a global pandemic, an all-out crisis, together with the right infrastructure in place, to confirm to us, once again, that humanity is not lost amongst our doctors.

Providing medical consultations over the phone is not new in Bangladesh. However, by removing mental barriers (both amongst people in general and doctors alike), the pandemic has created the ground for national scale-up embodied in the formation of the National Telemedicine Centre.

“I’m overwhelmed as I was able to help some people during the time of this crucial period. As I could not work in the frontline, giving treatments or support to patients over the phone helped me as well to contribute during the pandemic,” said Dr. Afrose, when asked about her experience as a volunteer for the Doctor’s Pool. She shows that when purpose aligns with technology as an enabler and the right mentality, special things happen.

Anir Chowdury is the Policy Advisor of a2i, the Bangladesh government’s flagship digital transformation program, jointly implemented by the ICT Ministry and Cabinet Office with technical support from UNDP. 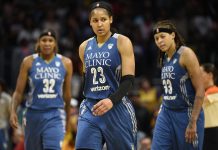 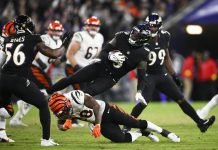