Napolitano believes Trump went back on his word and picked a political insider, instead of someone like Justice Neil Gorsuch.

“I’m disappointed in the president because this is not the type of person that he said he would pick,” Napolitano continued. “Justice Gorsuch was. This person is at the heart and soul of the D.C. Establishment against whom the president railed. Now, look, that’s just my criticism.”

.@Judgenap: “I am disappointed in the president because this is not the type of person that he said he would pick… this person is at the heart and soul of the DC establishment.” pic.twitter.com/Dygeg4zywi

He also said Kavanaugh has liberal tendencies such as supporting Obamacare, but will likely still be confirmed by the GOP controlled Senate.

“These are not my words. These are words that he’s said throughout his career,” he concluded. “He is at heart and soul, a big government guy.”

Be sure to check out the Daily Caller content every day on News Talk Florida and be sure to hear their reporters give their takes on the issues of the day on the air via our Flagship station WWBA Tampa-St. Petersburg as well as WIXC 1040 AM Orland-Melbourne. 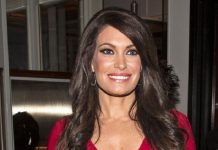