McAleese made the comments Friday at the centenary celebration for the Missionary Society of St. Columban, saying that the church’s teaching amounted to homophobia and claimed it “ruins people’s lives,” according to Crux Now. She also participated in Ireland’s gay pride parade the following day with her gay son.

“My church’s teaching on homosexuality is, in my view, evil. It conduces to homophobia; homophobia is evil, it ruins people’s lives. It has ruined families’ lives, and it has caused people to commit suicide,” McAleese said, according to The Sunday Times.

She added that the church’s teachings on homosexuality were “unchristian, worse than uncharitable and that has to stop,” and that “the only person who can stop that, strangely enough, is the Pope.”

With regard to homosexuality, the Catholic Catechism states:

Basing itself on Sacred Scripture, which presents homosexual acts as acts of grave depravity, tradition has always declared that “homosexual acts are intrinsically disordered.” They are contrary to the natural law. They close the sexual act to the gift of life. They do not proceed from a genuine affective and sexual complementarity. Under no circumstances can they be approved.

The Catechism also states that those afflicted with homosexual desire are called to lives of chastity and that other members of the church are called to treat them with “respect, compassion, and sensitivity.”

McAleese also criticized Francis for asserting that he would not change church doctrine and compared him to a judge saying that anyone brought up on charges of theft would receive 15 years in prison. She called Francis’ decision “trammeling.” While she applauded Francis for encouraging discussion and debate within the church, she also denounced what she saw as his failure to afford women a greater voice in church matters.

McAleese also stated that she would not attend the World Meeting of Families in Ireland in August, where Francis will be present, because of the conference’s lack of acceptance of homosexuality. 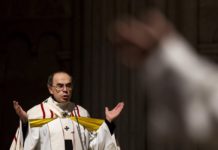 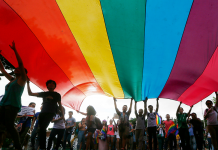 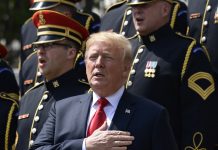 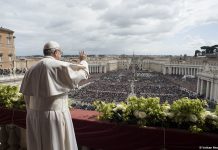 Live Video Coverage of Ian: Sarasota and Bradenton getting ready for...

Saturday Movie Review: In Malick’s ‘A Hidden Life,’ a hymn of...