Over the weekend, I went to see Dinesh
D’Souza’s new movie, “Death of a Nation” (click for TRAILER). D’Souza is well known as a conservative filmmaker and author. His more recent works include:

– “Hillary’s America: The Secret History of the Democratic Party” (2016)

Like these other movies, “Death of a Nation,” is professionally produced and very polished. And like the others, it is an OpEd piece in the form of a documentary. A lot of historical film footage was used in its making along with some rather slick re-creations to explain parts of his story.

This time around, D’Souza argues the public is being mislead by Progressive Democrats in terms of history and social values. In particular, he focuses on how liberals use the terms “fascist” and “racist” to vilify Republicans, most notably President Trump. He then goes to great lengths to explain both concepts, beginning with the fascist movement in Italy and the rise of Benito Mussolini. Interestingly, he claims members of FDR’s administration found fascism interesting and traveled to Italy to study it closely.

Whereas Italian fascism was nationalistic in intent, to bolster the Italians during the Great Depression, it called for control of business by the government. President Trump, on the other hand, has spawned nationalism in America, but abhors the concept of government control and embraces capitalism. He has gone to great lengths to eliminate governmental red tape.

As to racism, D’Souza contends the Nazis in Germany took their queue from America’s Ku Klux Klan (KKK) in order to control a race of people. The KKK originated from Dixie Democrats and grew to prominence during President Wilson’s administration. The movement was encouraged by the popular film, “Birth of a Nation” (1915), which Mr. Wilson showed to his cabinet in the White House.

Fast forward to 2017 and the incident at Charlottesville, VA where liberal protesters clashed with white supremasists (aka, the “Alt-Right”). D’Souza claims the label “Alt-Right” is a misnomer invented by the media to discredit conservatives. In the movie, D’Souza interviews the head of Virginia’s Alt-Right movement and found him to be more socialist than capitalist, and against many portions of the Constitution. From this perspective, they are more left than right.

As for Mr. Trump, he could find no evidence of racism, particularly in his immigration policies. As someone who believes in the rule of law, Mr. Trump welcomes all races who are interested in immigrating legally.

As an aside, I heard D’Souza speak in Orlando last month at a GOP Summit where he previewed his movie to attendees. He claimed racism was encouraged and supported by the Democrats (both north and south) and the Republicans fought against it. He contends no Republican ever owned a slave. When it was pointed out to him that President Grant had owned slaves, D’Souza discovered this occurred at a time when Mr. Grant was a Democrat, and later converted to the Republican Party (without slaves).

As with most of D’Souza’s movies, he takes you on a fascinating history trip. In this film, he discusses the Civil War, rise of the KKK, Italy under Mussolini, the rise of Nazism and Adolph Hitler, and connections to the Democrats. He makes a lot of bold statements regarding history, but offers evidence to support his argument, thereby challenging the viewer to think. As such, this was great mental gymnastics; something our youth should experience.

As an aside, I was accompanied to the movie by a never-Trumper, someone I have known for a long time. I was curious as to what his reaction would be. Frankly, I was surprised afterwards when he said it was a powerful movie offering details in history he hadn’t thought about.

So, Yes, I endorse the movie and recommend it to young and old, particularly high-schoolers who do not get an adequate education in history.

Tim Bryce is a writer and the Managing Director of M&JB Investment Company (M&JB) of Palm Harbor, Florida and has over 40 years of experience in the management consulting field. He can be reached at timb001@phmainstreet.com 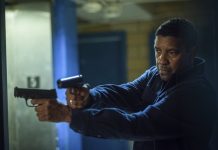 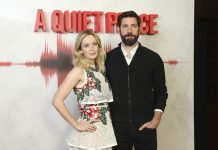