Competition and a change in flight patterns are reasons that could be cited.

For different reasons, neither Sky Harbor Airport in Phoenix, Arizona nor the city of Phoenix want to see another municipality, Tempe, give the go ahead to a plan that would see an arena-village that would among other things would house an arena that would be used by the local National Hockey League team, built. Sky Harbor Airport officials claim the arena-village development would mean a change in flight patterns while Phoenix does not want arena competition from Tempe as Phoenix elected officials just spent hundreds of millions of dollars in public funds to renovate the city’s arena  for the National Basketball Association’s Phoenix Suns ownership group led by Robert Sarver. A structural flaw in the Phoenix arena cannot be repaired because the way the seating was originally laid out. Phoenix elected officials and architects in the late 1980s wanted to satisfy the needs of the local NBA franchise and arranged the seating in a certain way which made the arena useless for some other events.

Sky Harbor airport officials sent out mailers not to Phoenix residents but to residents of a city that has nothing to do with the Tempe arena. Scottsdale citizens. Airport officials want Scottsdale residents to get out and fight the proposal now because if you don’t we will have to change flight patterns and planes will come through Scottsdale. The mailer included the following words in bold, capital letters. “Take action now to keep planes from flying over your home”. Sky Harbor officials through a flak, defending their actions by putting out a statement, “so they understood the risks associated with Tempe’s upcoming decision and have an opportunity to participate in the process.” Where is the process? Tempe and the Arizona Coyotes ownership  are attempting to negotiate an arena-village deal. The fight is on. 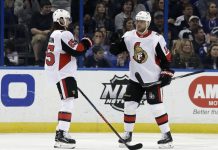 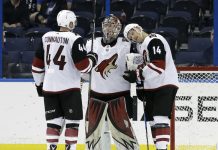