The league is not expanding anytime soon.

It is October, a time where a billionaire turns his or her thoughts to owning a National Basketball Association franchise in Las Vegas. The NBA is barnstorming and crisscrossing the globe this October in an effort to grow interest in the game which means getting more money into the pockets of NBA owners. But there were two stops where, depending on the source, the NBA wants to eventually set up shop. Las Vegas and Seattle. The NBA apparently had a successful one-night stand in Seattle and it seems the league had another successful one-night stand in Las Vegas. But pay close attention to the post game remarks after a meaningless Las Vegas pre-season contest that featured the Los Angeles Lakers and Phoenix Suns. The Lakers star and the NBA’s most influential player in the past two decades, LeBron James, told reporters he wants to own the Las Vegas franchise. But there needs to be a plan to expand to Las Vegas and the league has more important issues that it needs to solve before adding any cities to its current roster of 30 teams. There needs to be a new collective bargaining agreement hammered out and a new TV-streaming deal that has to be signed. It is unclear if the NBA has any financially distressed franchises that need to be relocated and that could be a fly in the ointment.

Leagues have fallen in love with Las Vegas although it is a small market with limited TV and corporate money and may be oversaturated with sports in the future.  The NFL, NHL, F1 and the WNBA have teams in town. Major League Baseball seems to view Las Vegas highly. LeBron James directly addressed NBA Commissioner Adam Silver saying, “I would love to bring a team here at some point. That would be amazing. I want the team here, Adam. Thank you.” 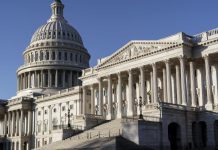