The team “relocated” to Memphis.

Did anybody notice in the Tampa Bay market that the United States Football League has approved the transfer of the Tampa Bay Bandits franchise to Memphis? If people didn’t notice, there is a good reason. The Bandits football team played its games in Birmingham, Alabama in 2022 and had no presence in the Tampa Bay market. The Memphis team will be called the Showboats, the name of the USFL team that played there in 1984 and 1985. The original United States Football League ended play in 1985. There was a United States Football League that was on the drawing board during World War II around 1944 with plans to play in 1945. That league never got off the ground in part due to World War II. That league also planned  to play all of its home games in “a major Eastern city” until the war ended. In 2022, the present USFL played all of its games in Birmingham with the exception of the championship game that was played in Canton, Ohio at the Pro Football Hall of Fame stadium. It appears Birmingham and Memphis will host most of the USFL games in 2023.

The Showboats franchise will not be the only team in town. The Houston Gamblers will play “home” games in Memphis as well. Ironically enough, when the World Football League folded in 1975, the Birmingham and Memphis football team owners petitioned the National Football League for franchises. The NFL said no. Don’t worry Tampa Bay fans, the USFL does have plans for the market. USFL executive vice-president for football operations, Daryl Johnston told the Sports Business Journal that the USFL “is going to have to have (Tampa Bay) not play this year” because we can only have eight teams and the Bandits are “going to come back at some point.” The question is will anyone care? 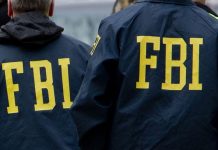 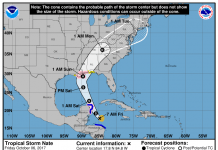 Tropical Storm Nate is expected to become a hurricane this weekend