One of the greatest sleight of hand tricks ever pulled off by the National Football League, college, high school and youth football is that there was no concussion, brain trauma, brain injury problem. About six years ago Dr. Bennet Omalu was talking about concussions and CTE and there was the Will Smith movie Concussion. But, Dr. Omalu’s message disappeared. The Will Smith movie faded into oblivion and life was back to normal. Brain injuries? Not in our sport. The football establishment now has been brought back to reality with the two hits that were absorbed by Miami Dolphins quarterback Tua Tagovailoa in two games played about 103 hours apart. Apparently the first injury was some sort of back ailment not a head injury despite the fact that the quarterback staggered around after the hit in the Buffalo game. There was no doubt that the second hit administered by a Cincinnati Bengals player caused head and neck injuries.

The NFL and football industry need to whitewash things like deaths on the field, players paralyzed by hits and players afterlife from suffering numerous concussions. Why publicize the negative especially when billions of dollars are on the table. Football is nothing more than entertainment and in societal scope, not very important. But it is part of Americana, it is an ongoing soap opera in terms of Tom Brady or Bill Belichick or a diva wide receiver, all contributing to the most important part of the business. Money. NFL TV partners including CBS, NBC, FOX and ESPN have no reason to be critical of the concussion issue as it could impact them financially. Meanwhile some South Florida medical review board should be calling in the Dolphins medical staff and find out what side of the ball are they on, Dolphins’ ownership or the players? 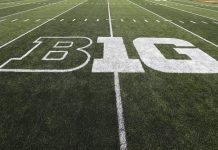 Florida Sued Over Ban On Early Voting On College Campuses