Senator Marco Rubio remains a “undecided,” as he was headed to the White House for a meeting with President Donald Trump. Rubio feels that the time out, might be a good thing, he things taking more time to get all the data possible.

When asked what he hoped to see from his White House meeting, Rubio talked about seeing what changes President Trump had in mind, while the senator from Florida had some ideas he wanted to share with the president.

Rubio, was clear he wanted to keep his questions private till he had a chance to pose them to President Trump. Rubio, is considered a likely yes vote on the bill, that was before the Congressional Budget Office numbers were released yesterday.

Meanwhile, the score on the measure found the Senate bill would leave 22 million more people without insurance compared to present law over the next decade.

Florida would be impacted greatly by the cutting of Medicaid and it is something Sen. Rubio heard from protests earlier this month in Orlando and Miami.

The votes to pass the Senate bill are not there today and so they are slowing it down till after the 4th of July recess. According to The Hill, reported that Senate Majority Leader Mitch McConnell (R-Ky.) had a message to members of the decision on Tuesday at a closed-door meeting.

“He simply said I think we need more time to work on it, we don’t have the votes right now,” Sen. Mike Rounds (R-S.D.) told reporters after the meeting.

So, for now the health care is up in the air and its future is at least for now up in the air. Sen. McConnell should not be underestimated he will push on plus he has some money that he could use to make sure that he covers some of the GOP Senators who are not on board at this point. 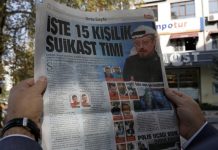