Big cuts are being proposed in the new budget being proposed by the Trump administration and Sen. Nelson sees Florida losing train service in this budget.

President Donald Trump has put forth a proposed budget that has some of the most aggressive spending cuts in decades. These cuts would greatly impact many services in the state of Florida.

Sen. Bill Nelson (D-FL) made it very clear speaking to the press yesterday that one of those major cuts would all but eliminate Amtrak train service in many parts of the state including the Tampa Bay area and Orlando.

“Eliminating Amtrak service in Florida not only affects the nearly one million Floridians who ride the train each year, it would have a real impact on our tourism-driven economy by making it harder for folks to come visit our state, said Nelson.”

Nelson stressed the point that more than 950,000 Floridians rode Amtrak during the last fiscal year, which ended Sept. 30, 2016. It also would do a number on the state’s tourism industry.

According to the Trump budget here are the routes that would be done away with under his plan.

The Auto train, which runs daily from Lorton, Virginia to Sanford would be the biggest loser. That service has been very viewed by many as a great way to get from the big cities of the east coast to Florida, but being able to keep their own car to use once the train gets to Sanford.

The good news here might well be that presidential budgets are often seen as guideposts and seldom if ever are they passed without significant changes.

It is good to know that the Bay Area could lose the Amtrak service which would be a big loss. However, it is very unlikely that either Sen. Nelson or his Republican counterpart, Sen. Marco Rubio would like Amtrak be cut as badly as the president’s budget suggests. 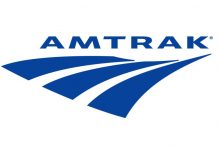