Increasingly as a society, we seem to descend into the dark maelstrom of incivility. Civil discourse has coarsened to the extent we grow concerned that common understanding of complex and vexing societal issues becomes impossible.

Florida’s higher education leaders  strongly support positive engagement in civic life and a free exchange of ideas. Free and open debate is a hallmark of our republican values. The founding of our country was constructed upon a foundation built from challenging ideas and offering often highly conflicting ideas in the marketplace of conversation. We have, of late, strayed far from these ideals.

James Madison, the father of our U.S. Constitution, once wrote, “Wherever there is interest and power to do wrong, wrong will generally be done.” However, if we cultivate the interest to do right and to be right, we surely will reap the beneficial reward of advancing our culture and our desire for a civil society.

Madison’s colleague in debate, John Adams offered, “Our Constitution was made only for a moral and religious people. It is wholly inadequate to the government of any other.” A moral people respect the rights and opinions of others, even while offering counter-arguments in the marketplace of ideas. Reasoned rhetoric is a unique tool to be used in our debate of ideas and philosophies, and it is unfortunately becoming increasingly rare.

Speaking on behalf of those with whom I am privileged to work in Florida higher education, I ask our fellow Floridians to stand above much of what we see lately. Our institutions of learning are driven by the pursuit of knowledge and the free exchange of ideas, done through civil interaction and discourse. We seek a much higher ground than we see of late and pray our state’s citizens will respond to incivilities with a challenging call for civil discourse.

A difference of opinion should not lead to a coarseness of debate, name calling, and the tossing around of personal insults and ad hominem attacks. Our focus should be on ideas and solutions to complex problems, not on personalities and demagoguery. Floridians should lead by example and set the tone for the rest of our country, especially as we move deeper into this current election season.

We look back to the words of one of our greatest leaders, Abraham Lincoln, who in the midst of the most challenging events in our nation’s history had the wisdom to say, “We are not enemies, but friends. We must not be enemies. Though passion may have strained, it must not break our bonds of affection. The mystic chords of memory will swell when again touched, as surely they will be, by the better angels of our nature.”

Martin Luther King, Jr. advised, “The time is always right to do the right thing.” The time is now for us to stand up as a people for a renewed positivism in the discussion of issues confronting us as a state and as a country. You cannot gain positive results from a negative mindset.

Proverbs 15:1 tells us, “A gentle answer turns away wrath, but hard words stir up anger.” When we are shouting and insulting, we cease to hear at all what is being said. We are so much better than we are seeing now in the public square. Our public discourse, whether in conversation or in modern social media, reflects who we are as a people and provides evidence of the true values we hold.

Our desire is to lead by example, to call for our leaders to respect each other and to embrace a civility of discourse, and for our fellow Floridians to respect each other as we know they wish to be respected. We are blessed in seeing most of our state-level political discourse being civil and engaging, but at the national level we are all losing.

Our nation has seen many kinds and levels of strife over our history, but in our modern era we are sorely tested by the quick responses of reflexive social media, often without the depth of context nor the respect required for our words to be both received and digested. When we are all yelling, no one is listening.

Ed H. Moore, Ph.D., is president of the Independent Colleges and Universities of Florida. 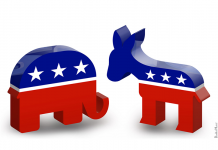 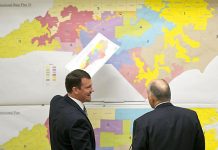 In Florida and many other states partisan gerrymandering has benefited GOP