ATLANTIC CITY, N.J. (AP) — Jim Allen once worked for Donald Trump in Atlantic City. Now, the chairman of Hard Rock International is doing all he can to scrub the influence of the man who is now president of the United States from his signature casino.

Hard Rock, the gambling arm of the Seminole Indian tribe of Florida, is working on a remake of the former Trump Taj Mahal casino, which the company bought in March for $50 million, for about 4 cents on the dollar from the $1.2 billion Trump spent to open it in 1990.

This week, Allen revealed more details about Hard Rock’s plans for what Trump once described as “the eighth wonder of the world.”

The company is upping its investment in the former Taj Mahal from $350 million to $500 million. Allen has already met with the casino workers’ union whose strike last year prompted billionaire Carl Icahn to shut the casino down in October, and Allen promises to sign a contract with the union.

Hard Rock soon will announce a partnership to offer internet gambling in multiple jurisdictions, including, eventually, New Jersey. And then there’s the de-Trumpification the place needs.

“It’s everywhere,” Allen said of Trump’s influence on the Indian palace-themed Taj Mahal. “The amount of money we’re going to have to spend to remove all those minarets and all that purple. Jesus! What were we thinking?”

When the casino opens in summer 2018, it will bear the signature Hard Rock logo and its ubiquitous guitars, and the dozens of domes, minarets and other Trump-style flourishes will be long gone.

“We are committed to a minimum of $500 million we’re going to put back into that building,” Allen said. “It does us no good to out some guitars on the wall and new carpets, and say, ‘I can take 5 or 10 percent of the business from Resorts or Harrah’s.”

Allen said Hard Rock, with its emphasis on rock ‘n’ roll and the shared experiences of music and entertainment, will bring new customers to Atlantic City and help the entire market, rather than pulling customers away from competitors.

“Rock ‘n’ roll and the whole concert scene is something that is appealing,” he said. “It’s going to be a wide draw demographically.”

And Allen all but guaranteed the casino won’t have labor troubles. He said he has met with Bob McDevitt, president of Local 54 of the Unite-HERE casino workers union and forged a constructive relationship Allen fully expects to end in a new contract with the union. It was Icahn’s failure to reach a contract with the union to restore health insurance and pension benefits wiped out in bankruptcy court that led workers to go on strike last July. Icahn closed the casino Oct. 10.

“There’s going to be no dispute with Local 54,” Allen said. “We are going to put people back to work. We’ll get it done. We’ll do it fair.” 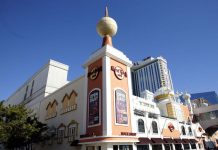 As summit ends, G-7 urged to deliver on vaccines, climate

Job Creators Network Wants $1.1 Billion From MLB For Pulling The All...