There’s a tangible money trail that links Vladimir Putin’s Russian government with U.S. environmental groups — and, yes, some of those groups are in Florida. Why can’t we find a word about it in the mainstream media?

Because the Left decrees environmentalists’ motives are pure, they mustn’t be questioned. And that’s the truth of it.

Yet, the Kremlin is, and has been for a long time, manipulating environmental groups to smash the oil and gas industries in the U.S. and return America to its dependency on foreign products.

The Washington Examiner wrote about this last week. Actually, the story has been incubating in Congress over the past year, lost in the din of Trump-Russia collusion theories aimed to impeach the president.

As the Examiner points out, the difference between collusion stories is: “… No hard evidence has emerged that says Donald Trump knowingly colluded with Russia during the 2016 campaign.” But “plenty of evidence” presented during two congressional committees  … ties a money pipeline from the Kremlin to environmental groups in this and other countries.

In March Rep. Lamar Smith, R-Texas, who chairs the House Science, Space, and Technology Committee, released a report that explores Russia’s motives for disrupting America’s energy sector. Have a look at it here.

On page 7, one chilling paragraph says it all: “… the Kremlin is attempting to make … ‘useful idiots’ of unwitting environmental groups and activists in furtherance of its  energy influence operations. Although this is not a new tactic in the Kremlin’s playbook, it has been adapted to account for modern technological advancements like the Internet and social media. Throughout history, the Kremlin has engaged and manipulated unwitting individuals to disseminate propaganda in furtherance of its global agenda. The Kremlin continues to employ this tactic, which has become substantially more effective with the proliferation of the Internet and social media. By leveraging the sincerely held views and beliefs of unwitting agents, the Kremlin is able to exploit polarized issues in American democracy to influence action in furtherance of its agenda.”

Also, read the June 29, 2017 letter  from Smith and U.S. Rep. Randy Weber, R-Texas, to Treasury Secretary Steven Mnuchin. It details what the congressmen call “a covert anti-fracking campaign” with “little or no paper trail.”

As it happens, Russia was pouring millions of dollars into anti-fracking campaigns across Europe and the U.S. long before Donald Trump launched his “Make America Great Again” campaign or Hillary Clinton tried to explain how her staff gave up its e-mail passwords.

European countries dependent on Russian oil and natural gas — especially those in the East — help keep Russia’s economy, and thus Putin’s regime, afloat. Gazprom — a behemoth of a company majority-owned by the Russian government — supplies 30 percent of the European Union’s natural gas, which means the Kremlin has the power to turn off much of Europe’s energy supply at any time. In fact, it did that once, during the coldest months of 2009.

“It should come as no surprise that those who don’t share our values and want to harm our economy would seek out opportunities to misrepresent the benefits and risks associated with responsible energy development.  We support government efforts to crack down on foreign-backed campaigns to mislead and divide Americans.  American energy development creates a unique competitive advantage for American families and businesses.  Consumer Energy Alliance will continue to support policies ensuring abundant, affordable and reliable domestic energy supplies.”

Congressional investigators have specifically identified the Sea Change Foundation, a San Francisco-based environmental group, as the major conduit of Russian funding. What we know about Sea Change: It gave out about $400 million between 2007 and 2015; yet it continues to operate in the shadows. Its officials decline to give their side of the story. To anybody.

But thanks to 990 tax forms, the Washington Examiner story tells us Nat Simons, who founded Sea Change with his wife Laura Baxter-Simons, is vice chairman and director of hedge fund Renaissance Technologies. “Renaissance-affiliated firms and other Simons family entities have been domiciled in Bermuda with the assistance of several law firms.” says the Examiner article’s author, Kevin Mooney.

The Simons family uses at least three firms for offshoring of its corporate and foundation assets: Wakefield Quin, Appleby Ltd., and Estera Services.

SACE is based in Tennessee and run by high-roller Stephen Smith, who previously spent 10 years on the board of directors for the U.S. Climate Action Network. But it has a large and active operation in Florida, headed by Executive Director Susan Glickman, a former Tallahassee lobbyist. Glickman also has been a consultant to the Natural Resources Defense Council for a  decade, according to her bio.

Writes Glickman, “I’m not sure there is an issue more pressing than what human activity is doing to disrupt our climate — with the possible exception of the related issue of water. It’s really a simple issue in that greenhouse gas emissions — most notably carbon pollution — are building up in the atmosphere, forming a heat-trapping blanket that is prematurely warming the earth. While the rate of melting of ice or other impacts may be debatable, there isn’t one single peer-reviewed scientific study that credibly disputes that fundamental premise. It is astounding that in the United States, we have allowed the polluters — who make money at our expense — to stand in the way of action.”

A large portion of SACE’s budget comes from the San Francisco-based Energy Foundation, says Mooney, which received more than $30 million from Sea Change in the period from 2011 to 2012 alone. In fact, the Energy Foundation is Sea Change’s biggest grantee. SACE also lists the Tides Foundation as a supporter in its 2010-2011 annual report.

I was unable to reach Glickman to talk about SACE’s funding. And George Cavros, a Fort Lauderdale lawyer who works for the alliance, did not return my call requesting an interview about  SACE.

But in 2015 Cavros told The Miami Herald the Southern Alliance for Clean Energy will not reveal the source of its money to protect “the privacy wishes of individual donors.”

Said the Herald, “SACE has claimed in filings with the Federal Elections Commission that it ‘does not participate or intervene in any political campaign’ and does not need to report its funding sources. It’s a position that has earned the group criticism for its use of ‘dark money’ spending.”

However, a 2016 solar-energy ballot initiative that would have allowed third-party power sales in Florida was funded in part by Floridians for Solar Choice, a political action committee. “It’s not easy to trace the source of the money being given to the pro-solar initiative,” wrote the Herald. “Most of the contributions to Floridians for Solar Choice, totaling $264,457, came from the Southern Alliance for Clean Energy Action Fund, which does not report the source of its money.”

SACE is also leading a campaign on its Facebook page to halt FPL plans to continue operating the Turkey Point nuclear reactors until 2053 because the operation is polluting Biscayne Bay and Miami-Dade is ground zero for such climate change impacts as sea level rise. FPL officials claim the cooling system complies with NRC regulations, any problems the plant is experiencing are fixable, and no part of the Turkey Point operation is polluting the Bay.

A story in the April 22 Daily Signal identifies two more Florida-active environmental groups as recipients of Russian money: the Natural Resources Defense Council and the Sierra Club Foundation. Both “accepted tens of millions from the Energy Foundation, the top recipient of grants from Sea Change,” according to foundation and tax records.

Make no mistake, this covert support for America’s anti-fracking and anti-pipeline groups is a form of espionage. Left-wing environmental groups dependent on Moscow’s money — even though many of their members may not have realized it — are mercenary armies of social justice warriors. If we export natural gas and coal to our allies, Russia can no longer blackmail the Western democracies.

These ‘grassroots’ organizations are doing Putin’s bidding — they are colluding with Moscow, the Russian oligarchs, and Putin against America’s interests and our freedom. 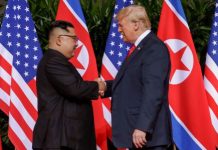 Helsinki Hysteria – What Is Really Behind They Panic Created By The Press? 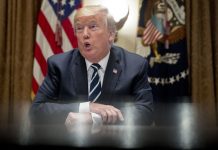 Sorting Out the News On President Trump with Chris Ingram