The military wing of Palestine’s ruling party has issued a credible death threat against a well-known Middle Eastern expert, Fadi Elsalameen. The Palestinian-American democracy activist was announced as the target of a death threat from the al-Aqsa Martyrs’ Brigades, a Palestinian terrorist group, earlier this month.

“I have no security, and this threat from president Abbas and his security forces cannot be left an answered,” Elsalameen tweeted along with an image of the death threat. Elsalameen and other activists have launched a social media campaign in an effort to get the Biden administration or the United Nations to comment on his case.

Elsalameen is currently a non-resident fellow at The Foreign Policy Institute at The Johns Hopkins School of Advanced International Studies (SAIS). Elsalameen previously earned a master’s degree from this school. He is also an adjunct Senior Fellow at the American Security Project and resides in the Washington, D.C. era. Elsalameen is also the founder of his own security-focused NGO: the Palestinian Security Project, a think tank he developed in order to craft a Palestinian national security vision and strategy. Prior to these roles, Elsalameen was the director of institutional advancement at the American Task Force on Palestine (ATFP). On social media, he has been a tireless investigator of corruption within the Palestinian Authority – a stance that contributed to the death threat against him. Fadi has been a stalwart advocate for Palestinians in their fight against corruption and the increasing authoritarian rule of Abbas as well as the struggle for human rights against what Palestinians consider an Israeli occupation of the West Bank.

The threat was unveiled against Elsalameen after the activist made a visit to his hometown near Samoua in the hills above the West Bank town of Hebron. The threat comes as many in Palestine see in ElSalameen as a potential presidential candidate in Palestine elections set for July 2021. While ElSalameen has yet to announce any political campaign, he comes from a politically well-connected family. His grandfather, Hussein Nassar Elsalameen, was the vice mayor of a small town near Hebron.

The current president of the Palestinian Authority, Mahmoud Abbas, often known in Arabic as Mahmoud Abbas, is the leader of the Fatah Party, of which the al-Aqsa Martyrs’ Brigades is its armed wing. The al-Aqsa Martyrs’ Brigades is considered a terrorist organization by the European Union, the United States, Japan, New Zealand, and Canada. In addition to numerous attacks on Israeli targets over the years, the organization has launched attacks meant to silence Palestinian opposition to the group’s rule.

“I’ve known Fadi for years. He’s stood and fought for peace his whole life. The PA or whoever is targeting him ought to stand down. And the Biden Administration should intercede with P.A. to protect a U.S. citizen,” said Former State Department Middle East analyst Aaron David Miller in a statement on Twitter in response to the emerging threat on Elsalameen’s life.

Recent polls suggest that Fatah Party, which controls the West Bank and Hamas, which controls the Gaza Strip, could face an electoral setback in future elections. Neither party has enough support to win an outright majority among eligible voters. Some have called for the scheduled election to be delayed to ongoing concerns over public health concerns due to the COVID-19 pandemic. 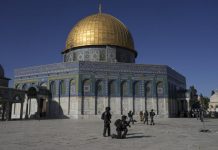 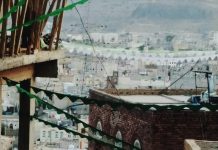 3 Easy Gambling Tips that Can Actually Work For You