Saudi Arabia is targeting the 2030 Asia Games for its capital, Riyadh. An interview this week in Arab News reveals how important those games could be for the role of sport in development for that country and the Global South. At stake is more than just hotel occupancy in Riyadh or even the prestige of hosting a major world sports event. Bringing the Asia Games to Riyadh would play a vital role in the Kingdom’s transformative project, increasing opportunities and access for women—not just in sports, but in society as a whole.

The Asia Games would be a catalyst for even more rapid and total change.

In an interview this for week for Arab News, Saudi Sports Minister Prince Abdulaziz bin Turki Al Faisal discussed the remarkable progress the country’s made so far, all of which belies common stereotypes of a sclerotic Saudi Arabia: “In 2015,” the Prince said, “we had zero female football teams. Today we have 23.”

Thirty-eight of the 64 sport federations in Saudi Arabia, he added, now have female board members—to grow participation in women’s sports.

“These things were not heard of and now they are happening. Things are changing,” the minister said in an interview with Arab News, stressing the importance of such changes being made in a sustainable way, in part because they sometimes face local opposition. But the changes are real, they are overwhelmingly welcomed, and they will not be reversed. Saudi women have come too far to accept going backwards.

Women, for example, are now allowed to watch football—what we call soccer—for the first time, as fans in the stands. In February of this year, Saudi Arabia launched a new women’s football league that will include a whopping 600 players from some 24 teams based in some of Saudi Arabia’s largest cities: Riyadh, Jeddah, and Dammam competing for a women’s football championship.

This investment, beginning with young women, will have remarkable effects down the line, as the energy the country puts into girls’ sports will pay off in years to come.

And not only in sports leagues.

A report from EY research studying American women found that among senior businesswomen, over half played sports at a university level. Furthermore, women who play sports have an inclination to support one another. A survey of 400 women also by EY Research found that 75% said that candidates with a sports background would be viewed positively in the hiring process.

In other words, for a few Saudi girls the football pitch could lead to the C-suites of Riyadh and Jeddah.

A final vote on the 2030 Asia Games is expected Wednesday. Were Saudi Arabia to win, it would only solidify and even accelerate the gains women are making. By the time the games themselves are held, Saudi women might even be medalling in some events. But despite the tremendous impact the Asia Games would have on the Kingdom, consider also the tremendous impact the Kingdom would have on the Global South.

Because while Saudi Arabia is one of the world’s richest countries—including its membership in the G20 club and indeed its chairmanship of the organization—Saudi Arabia is still a Middle Eastern country whose language, ethnicity, religion, political history, and heritage mean the country shares a great deal with developing nations. What Saudi Arabia does can have an impact on these countries, too.

Despite having a head start on Saudi Arabia, in many Globally Southern countries women’s sport remains an afterthought. For example, consider African women’s football, where the noteworthy success has been the Nigerian women’s national football team: The “Super Falcons.” The women’s team has won eleven Africa Women Cup of Nation’s tournaments, making them the most successful women’s national team on the continent.

Meanwhile the men’s team, who receive far more media attention and investment from the government, have won a mere three.

Nigeria could learn a lot from the substantial degree of investment Saudi Arabia is making in women’s sports. Imagine what countries in the Global South could do with that level of attention and dedication. Saudi Arabia’s Vision 2030 calls to increase sports participation by forty percent by that year. The plan also calls for increased participation for women in sports—and that score, score the plan a success.

Women’s participation in sports is up 150% by some estimates. Those are the kinds of numbers all countries would like to see up on the board. 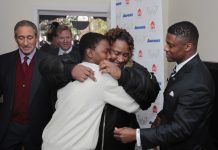 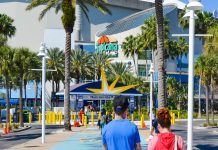 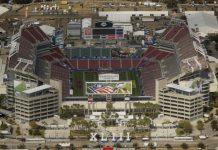 Miami, Orlando and Tampa remain in the hunt to become a World Cup host city 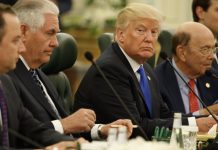 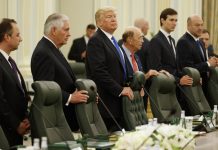 In Georgia, how sports explain a political battleground. Tomorrow, we see...