JERUSALEM (AP) — It may well be remembered as a pyrrhic victory for Israel: in six days it stunned the world by vanquishing several Arab armies, only to be saddled with a deeply corrosive 50-year fight with the Palestinians for the Holy Land.

For several weeks in 1967, the underdog Israelis genuinely feared that their young Jewish state would be wiped out, even with memories of the Nazi Holocaust in Europe still fresh. They mobilized reserves to face Egyptian troops arrayed at the border. They appointed the eyepatch-wearing military hero Moshe Dayan as minister of defense. They barricaded the streets with sacks of sand.

JERUSALEM (AP) — It may well be remembered as a pyrrhic victory for Israel: in six days it stunned the world by vanquishing several Arab armies, only to be saddled with a deeply corrosive 50-year fight with the Palestinians for the Holy Land.

For several weeks in 1967, the underdog Israelis genuinely feared that their young Jewish state would be wiped out, even with memories of the Nazi Holocaust in Europe still fresh. They mobilized reserves to face Egyptian troops arrayed at the border. They appointed the eyepatch-wearing military hero Moshe Dayan as minister of defense. They barricaded the streets with sacks of sand.

Between failed peace efforts there have been rounds of violence. There has been military oppression of an occupied population — unjust for the Palestinians, embarrassing for an Israel that thinks of itself as a democracy, and after a half-century not looking very temporary.

Israeli proponents of partition used to speak the language of peace: the Palestinians deserve their own state, and their oppression under the current arrangement, even if inevitable on security grounds, is a bad thing. Now they tend to talk demographics: Israel must get rid of the territories to stay Jewish and democratic.

Jews continue to settle the occupied lands in a way that makes a future partition difficult, perhaps impossible. The numbers tell the story.

There are some 8 million citizens of Israel, including some 6 million Jews and 2 million Arabs.

Israel has annexed east Jerusalem, and more than a third of the sector’s half-million residents are now Jews. Palestinians in east Jerusalem have residency status and, in principle, a right to apply for citizenship that few have chosen to exercise and that Israel in fact does not make easy.

But in the West Bank, which surrounds Jerusalem from the north, east and south, the situation is different. Most of its more than 2 million Palestinians live in disconnected islands of autonomy set up in the 1990s and controlled by the Palestinian Authority. Once envisioned as a state in waiting, the authority now seems like something of a municipal government instead. Israel remains in charge of overall security, including travel within the territory and all entry and exit.

Even though Israel has not annexed the West Bank — which in theory would force it to offer citizenship to Palestinians there — some 400,000 Jewish settlers now live in dozens of communities strewn about the territory, some near the Israeli frontier, others deep inside.

Then there is the Gaza Strip, home to 2 million more Palestinians. Israel pulled out troops and settlers in 2005 but the strip was swiftly seized from the Palestinian Authority by the Hamas militant group, implacably opposed to Israel’s existence. So Israel controls the skies, sea access and most land crossings for fear of weapons entering. It supplies Gaza with some electricity and other lifelines. Although the occupation is gone on the ground, it remains in effect in the eyes of Gazans and part of the world.

With Gaza as part of the equation, Jews and Arabs have a roughly equal share of the Holy Land population. With Gaza removed, the Jews are hanging on to a small majority. Israel’s electorate remains Jewish-majority through the non-annexation of the West Bank.

But Israel is building towns in this territory it has not annexed. The Jews there can vote in Israeli elections — unlike the Palestinians— even though Israelis abroad cannot vote. Israeli law applies to the Jews but not to the Arabs, who live under a far harsher set of military laws. The arrangement has stretched the idea of Israel as a democracy to the breaking point.

On several occasions, Israeli governments have offered peace deals that would give the Palestinians a state in the vast majority of the lands captured in 1967. But it never went quite far enough to entice the Palestinian leadership to dive in, and opposition within Israel was always strong.

The reasons included the nature of the arrangement in Jerusalem, where no one can quite explain how the countries will live without a border, or how a border could possibly snake around the various Jewish and Arab enclaves in a reasonable and enforceable way. The Palestinians have also yet to formally drop their demand for a right of descendants of refugees uprooted at the time of Israel’s creation — and these now number in the millions — to return to ancestral places of residence in Israel. Many of these Palestinians face oppression in surrounding Arab countries as well.

Some Palestinians are starting to openly speak of a one-state outcome in which they would demand equal voting rights. Israel would surely resist such a version of annexation, but what would be the alternative, especially under massive international pressure? The status quo does not seem sustainable forever, and even many Israelis have increasingly started to liken the dual systems in the West Bank to apartheid.

“Israel should grieve what happened to it since that awful summer of 1967, the summer when it won a war and lost almost everything,” wrote Gideon Levy, a leftist columnist in the Haaretz daily. “It is stronger (and) richer than in 1967. But also corrupt and rotten as only an occupier can be.”

Some in Israel are still hoping the Palestinians will agree to an “interim deal” where they settle for less than the full evacuation of occupied lands but also don’t have to agree to a full end of conflict. The Palestinians have rejected such notions out of hand, fearing Israel, once it has separated itself from most Palestinians, might never return to the table.

U.S. President Donald Trump, who has pressed for a renewed peace drive, might apply pressure on the Palestinians in this regard, especially as part of a wider regional deal.

Others in Israel want to change the game, decoupling a partition from agreement with the Palestinians. Under such a policy, Israel might pull out of some of the West Bank, just as it did in Gaza, claim the occupation is over, erect a wall as high as it will go, and hope for the best. Opponents note the similar idea of a Gaza pullout led to a militant takeover, long periods of rocket fire, and several rounds of war with Hamas.

Meanwhile, the current government continues to build in the settlements, even though Netanyahu says he can live with a limited Palestinian state. Its supporters include religious zealots and nationalists often unconcerned with the niceties of democracy, and others hoping circumstances will somehow change.

But its opponents include the majority of the chattering classes — academics, professionals, the media and even the security establishment. It is a division as toxic as the ones that emerged in Britain over Brexit and in the United States over Trump. Increasingly they project despair, and many of them will not be celebrating the “Six Day War.” 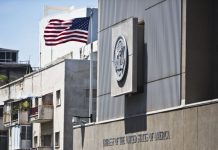