HOLLYWOOD (AP) – The original “Dumbo” was released in the summer of 1941 while Germany was spreading across Europe and war was breaking out in the Pacific. Crafted as a simpler Disney fable after the more extravagant “Fantasia” disappointed at the box office, “Dumbo” — only 64 minutes in length — took flight just as far more chilling creations were taking to the air.

“Dumbo” is the latest in a circus parade of Disney remakes (“The Lion King” and “Aladdin” are due out later this year) that brings classic characters into seemingly more real worlds with the aid of digital wizardry. None of them will overwhelm anyone by their necessity. Movies, after all, aren’t smart phones that require software updates.

That said, Burton’s “Dumbo,” while inevitably lacking much of the magic of the original, has charms and melancholies of its own, starting, naturally, with the elephant in the room. Of all the CGI make-overs, this Dumbo is the most textured, sweetest and most soulful of creatures. Like the original, he doesn’t speak and trips over his floppy ears. Whether cowering at a new height or finding astonishment as he, with a sneeze, is sent airborne, the digitally rendered Dumbo is one precious pachyderm. 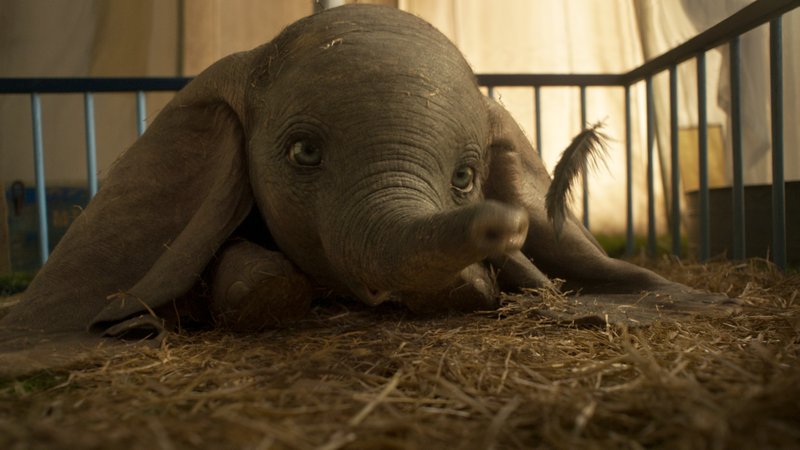 The film opens in 1919 on the heels of World War I. Holt Farrier (Colin Farrell, who has grown into the most sensitive and consistent of leading men) returns from war, minus an arm, to his two children, Milly (Nico Parker) and Joe (Finley Hobbins). Though Dumbo endures separation from his mother in Burton’s film, the deeper grief in “Dumbo” has been transferred to the humans: The children’s mother died while Holt was away at war from an influenza that, as one character says, “hit like a hurricane.”

Other things have changed, too. The traveling circus where the Farriers make their home has fallen on hard times. Settling down in Joplin, Missouri, the camp is half its former size. Its owner, Max Medici (Danny DeVito, spectacular), has sold off the horses that Holt rode in his act. Medici sinks all his remaining money into an elephant that he hopes will revive the circus, only to feel swindled when she produces such a droopy-eared offspring, discovered at birth beneath a heap of hay.

Of course, Dumbo’s stock rises once he does, too, and Medici’s suddenly sensational circus quickly attracts the interest of a much more big-league circus impresario, V.A. Vandevere (Michael Keaton, in a devilishly slick performance), who brings Medici’s whole circus to his Coney Island kingdom as a means, we immediately grasp, of luring Dumbo away and dispensing, like a vulture capitalist, with the rest.

It’s a kind of reunion for Burton, Keaton and DeVito, who 27 years ago came together in “Batman Returns.” The film, starring a bird that couldn’t fly in DeVito’s Penguin, was like a wicked version of “Dumbo,” and similarly full of misfits and so-called freaks. “Dumbo” is naturally lighter terrain for Burton but for the first time in years, the director — so long an expert at the proximity of fantasy and horror — seems at home.

And he steers “Dumbo,” from a script by Ehren Kruger, toward a grand corporate satire as the big-city conglomerate tries to co-opt the genuine wonder of Dumbo and Medici’s traveling band. Greed and exploitation close in on them as the big-tent gets bigger. That such a story line should come in the biggest big-tent of them all, Disney (whose Disneyland isn’t so dissimilar to Vandevere’s Dreamland) is either an awkward or happy irony, depending on your level of cynicism. 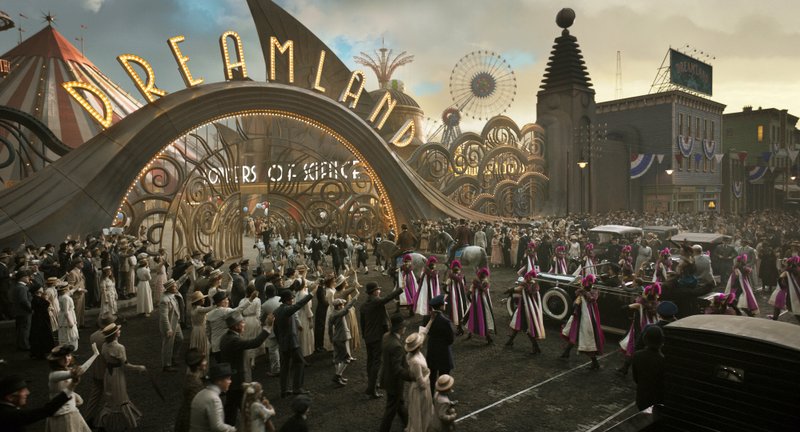 But it is wondrous when Dumbo takes flight. Burton’s camera feels genuinely mesmerized at his elephant’s magic act. The filmmaker’s recent films have been well outside his best work; it was his woeful “Alice in Wonderful” that kick-started much of the Disney live-action remakes. But when Dumbo soars, it’s clear that Burton is a believer, still, in the ability of a beautiful oddity to transcend.

“Dumbo,” a Walt Disney Co. release, is rated PG by the Motion Picture Association of America for peril/action, some thematic elements, and brief mild language. Running time: 112 minutes. Three stars out of four.