TALLAHASSEE, Fla. (AP) — Florida is moving forward with the outsourcing of medical marijuana identification cards despite a protest on how the contract was awarded, health officials said Monday.

The Office of Medical Marijuana Use signed a contract on Monday with Veritec Solutions LLC, which it planned on awarding last month.

Automated Health Systems filed an administrative protest of the process but Surgeon General Celeste Phillip has filed an immediate award of a contract in order to avoid any serious danger to public health.

According to the Florida Division of Administrative Hearings website, Automated Health System’s case against the Department of Health has not yet been assigned to an administrative judge and may not be heard until mid-December.

Phillip’s order allows Veritec to produce cards while the case is being heard.

“The rate of growth of this program has proven that we cannot wait for a protest without impacting patients currently suffering from qualifying medical conditions,” Department of Health spokeswoman Mara Gambinieri said.

Christian Bax, who is the executive director of the Office of Medical Marijuana Use, said before the Florida House’s Health Policy Committee last week that his office has made it a priority to process cards faster. Bax said it takes an average of 30 days but patients have said it can range anywhere from 35 to 90 days.

Identification cards for patients were part of a law signed by Gov. Rick Scott in June. The state revised the laws after voters last November passed a constitutional amendment allowing medical marijuana.

With the added conditions, the state’s patient registry is seeing an average of 264 people added per day.

There are 54,120 patients in the medical marijuana registry, but only just over 29,000 cards have been printed. Phillip said in a memorandum filed last week that approximately 5,200 applications are currently being processed by staff but that approximately 1,000 are missing key information or have the wrong sized photo.

All but one of the 35 people hired by the Office of Medical Marijuana Use since June is working on processing identification cards. Phillip wrote that going with an outside vendor will allow staff to concentrate on patient access, regulating and licensing Medical Marijuana Treatment Centers along with working with physicians. 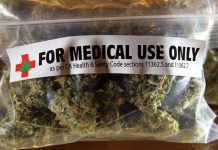 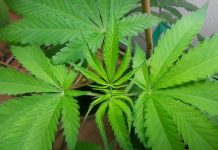