The Cooperstown, New York Baseball shrine is having yet another vote looking for Hall of Famers. There is the baseball writers vote, the Hall of Fame board of directors seemingly are still living in the 1930s when newspapers ruled the information world and those board members probably have no clue that the Gannett newspaper chain has just initiated its third round of layoffs in 2022. There is a veteran’s committee that also votes on potential Hall of Famers, then is there something called the Golden Days Era vote, a Classic Baseball Era vote and finally the Contemporary Baseball Era Players Committee for players who competed in the 1980s and 1990s. This vote illustrates baseball’s problem in moving ahead in the 21st century trying to attract a young fan base. There are three alleged steroid users on the ballot. Barry Bonds, Roger Clemens, and Rafael Palmeiro and the narrative continues that those players cheated. Of course, if they were caught using certain performance enhancing drugs they could have been arrested under a federal law that was enacted by President George Bush’s signature in 1992.

Funny how the guardians of baseball, the baseball media led by the writers skip that part of the story. It has been more than 17 years since Jose Canseco went on the CBS television network’s 60 Minutes to talk about illegal performance enhancing drug usage among players and how Congress jumped into action to condemn baseball players yet some Congressional staffers were asking for players for autographs as the steroids hearings unfolded. But the story has not disappeared while the rest of the world has moved on. Albert Belle, Don Mattingly, Fred McGriff, Dale Murphy and Curt Schilling. 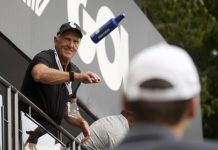 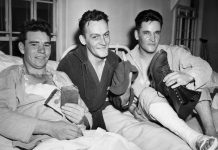 December 7th, 1941, A Date That Will Live In Infamy Impact On Baseball