Chester has run out of money.

The next time you hear a politician push for a new arena or a new stadium in his or her area because it is an economic generator, you should bring up the story of Chester, Pennsylvania. You see, Chester, Pennsylvania just filed for Chapter 9 bankruptcy protection and may be unable to fund three pension plans. Chester is broke. But it was not supposed to be this way. In 2004, the Pennsylvania Race Horse Development and Gaming Act was passed which legalized slot machines at fourteen locations beginning in 2006. One of the licenses was given to a Chester racetrack and it was thought that would be the catalyst that would reverse the fortunes of Chester, a city that has been in a steep decline since the 1950s.

Chester also decided to build a Major League Soccer state-of-the-art stadium in 2008 and that stadium was supposed to be the centerpiece of a revitalization of the city’s waterfront with a village including retail and office space along with housing. Pennsylvania put up money for the stadium and that combined with casino betting would be enough to get Chester back on its feet. The village never sprung up around the stadium which opened in 2010. In 2022, the owners of the local Philadelphia Union soccer franchise announced a plan to build an athletic center next to the soccer stadium. A 170,000-square foot sportsplex is part of the ongoing effort to develop and revitalize the Delaware River Waterfront. Ongoing is a key word here as it has been 12-years since the stadium opened with a planned village that was to go with it. None of this will get Chester out of a bankruptcy proceeding. A stadium does not mean economic development as Chester residents could tell you. 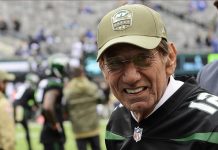