WASHINGTON (AP) — The Latest on the congressional probe into Russia in the 2016 election (all times local):

The White House says former President Barack Obama made it clear to Donald Trump that he “wasn’t exactly a fan” of Michael Flynn.

White House spokesman Sean Spicer said Monday that Flynn was an outspoken critic of Obama’s “lack of strategies.” Spicer said that if Obama “was seriously concerned” about Flynn’s connections to Russia or other foreign countries, he should have withheld Flynn’s security clearance. Flynn served under Obama as defense intelligence chief but was later dismissed.

Responding to a question over whether Obama voiced concerns over Trump’s choice of Flynn for his national security adviser, Spicer said he would not disclose the details of the meeting.

Flynn was asked to resign in early February after it became clear Flynn misled senior members of Trump’s administration about his communications with Russian government officials.

President Barack Obama warned Donald Trump against hiring Michael Flynn as national security adviser in the days after the 2016 election.

The warning came during an Oval Office meeting between Obama and Trump after the Republican’s victory. Flynn had been fired by the Obama administration as the head of the military’s intelligence branch.

Trump ultimately tapped Flynn as national security adviser, but fired him after less than a month. The White House says Flynn was fired for misleading top officials about his contacts with Russia’s ambassador to the United States.

Trump has both defended Flynn and blamed the Obama administration for giving him security clearance.

The officials requested anonymity in order to disclose the private conversation.

President Donald Trump is distancing himself from Michael Flynn’s troubles, tweeting that it was the Obama administration that gave Flynn the “highest security clearance.”

Sally Yates, former deputy attorney general, is expected to testify Monday that she had warned the White House about contacts between Flynn and Russia before being fired by Trump.

Trump tweeted Monday that Flynn was “given the highest security clearance by the Obama Administration – but the Fake News seldom likes talking about that.”

In a second tweet, Trump said Yates should be asked under oath “if she knows how classified information got into the newspapers” soon after she raised concerns about Flynn.

An Obama official who warned the White House about contacts between President Donald Trump’s first national security adviser and Russia is set to speak publicly about her worries.

Yates is expected to illuminate what led to the ouster of Michael Flynn. His resignation followed reports that Flynn discussed Russia sanctions with Ambassador Sergey Kislyak, contrary to White House statements.

A person familiar with Yates’ plans says she is likely to testify she expressed alarm about discrepancies between the statements and what occurred. Trump officials have said Yates merely gave a “heads-up.”

The person was not authorized to discuss the testimony on the record. 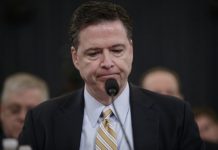 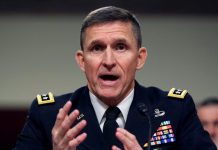 Flynn under investigation by the Pentagon 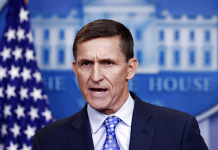