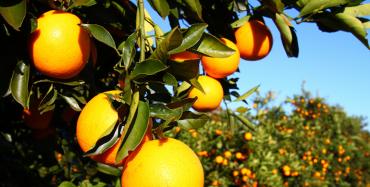 The U.S. Department of Agriculture (USDA) released its latest look at orange production on Tuesday.

Shannon Shepp, the executive director of the Florida Department of Citrus, noted that the Sunshine State had rebounded from an awful 2017-2018 harvest.

“We’re an industry catching glimpses of recovery, but this estimate certainly points out that we are not there yet,” said Shepp. “It’s still a great year, but we are anxious for better.”