President Donald Trump endorsed barring those under 21 from buying semi-automatic weapons — a move that puts him in direct opposition with the National Rifle Association.

His comments Thursday came amid a public reckoning over school gun violence after last week’s Florida school massacre. NRA officials have opposed the idea, but Trump says they’ll get on board.

Kansas Sen. Pat Roberts says people under 21 don’t need to own semi-automatic rifles like the one used in last week’s Florida mass shooting.

Roberts says gun control is “not entirely the answer” to shootings like the one at a Parkland, Florida, high school that killed 17 people last week. But he predicts the federal government will require better background checks.

The senator told reporters Thursday during a visit to the Kansas Statehouse, “Certainly, nobody under 21 should have an AR-15.” The Florida gunman was 19 years old.

Roberts also says schools and law enforcement agencies need to communicate better so officers arrive “within two minutes.” He suggests that in some cases, National Guard troops could be called in.

President Donald Trump says drills that teach students how to respond if an active shooter ever enters the premises “are a very negative thing.”

Trump says he wouldn’t want to tell his son that he has to go through an active-shooter drill. The youngest of Trump’s five children, 11-year-old Barron, attends a private school in Potomac, Maryland.

The president says he’d prefer what he called a “hardened school” over active-shooter drills. Trump has said making schools safer will be a top priority for the administration. He has floated the idea of arming teachers as a possible deterrent.

Trump spoke as he opened a school-safety discussion with state and local officials at the White House in response to the fatal shooting of 17 people at a Florida high school last week.

Trump is discussing the issue with state and local officials from around the country who are at the White House. Trump says he also called many members of Congress on Wednesday night and that “they’re into background checks.” Trump did not identify the lawmakers he spoke with.

He says they will raise age limits in an apparent reference to the minimum-age for buying an assault-style weapon.

Thursday’s session follows one on Wednesday in which the president heard emotional pleas from students and parents affected by the fatal shooting of 17 people at a Parkland, Florida, high school.

Calling school shootings “evil in our time,” Pence called on those in positions of authority “to find a way to come together with American solutions.”

It was a markedly different tone than that deployed on stage minutes earlier by NRA Executive Vice President and CEO Wayne LaPierre, who delivered an unbowed defense of gun ownership and lashed out at Democrats — saying they are using the tragedy for “political gain.”

Leaders of the National Rifle Association are accusing supporters of gun control of exploiting the mass school shooting in Florida to promote an anti-gun agenda.

NRA leader Wayne LaPierre spoke at the Conservative Political Action Conference. He says Democrats like House Minority Leader Nancy Pelosi of California and Connecticut Sen. Chris Murphy are eager to blame the NRA and are calling “for even more government control.”

He says opponents of gun rights want to “sweep under the carpet” the failure of school safety, families “and even the unbelievable failure of the FBI” to prevent the shootings.

President Donald Trump is offering a full-throated backing of the National Rifle Association.

Trump says on Twitter Thursday: “What many people don’t understand, or don’t want to understand, is that Wayne, Chris and the folks who work so hard at the @NRA are Great People and Great American Patriots. They love our Country and will do the right thing. MAKE AMERICA GREAT AGAIN!”

The president, a strong supporter of gun rights, is publicly weighing some gun control measures in the wake of the school shooting in Florida last week that left 17 dead.

He has expressed interest in strengthening background checks, banning “bump stock” style devices and raising the minimum age to 21 for possessing more weapons than at present.

President Donald Trump is meeting with state and local officials from around the country to discuss school safety.

The White House says attendees at a session Thursday include Florida Attorney General Pam Bondi and Indiana Attorney General Curtis Hill, both Republicans. The Democratic Mayor of Parkland, Florida, Christine Hunschofsky, will also participate. She is the mayor of the town where 17 people were killed in a school shooting last week.

Trump will also hear from local police, health and education officials. He is seeking to show action in the wake of the shooting at Marjory Stoneman Douglas High School.

On Wednesday, Trump heard from students and parents impacted by the Parkland shooting, as well as past mass shootings.

President Donald Trump says he wants to see action on a series of gun control measures, saying “Congress is in a mood to finally do something on this issue – I hope!”

Trump was speaking on Twitter Thursday. He says: “I will be strongly pushing Comprehensive Background Checks with an emphasis on Mental Health. Raise age to 21 and end sale of Bump Stocks!”

He did not immediately offer more details.

Trump appeared to be endorsing a plan to raise the minimum age to buy assault-type weapons.

He has previously expressed interest in efforts to strengthen the federal background check system. It was not clear if he would back closing loopholes that permit loose private sales on the internet and at gun shows.

President Donald Trump is continuing to talk about the possibility of arming teachers, saying he means concealed weapons for “gun adept teachers with military or special training experience – only the best.”

Trump spoke on Twitter Thursday morning. He tweeted: “I never said ‘give teachers guns’ like was stated on Fake News @CNN & @NBC.” Trump says that giving concealed weapons to highly trained teachers would allow them to, in his words, “immediately fire back if a savage sicko came to a school with bad intentions.”

Trump added: “Highly trained teachers would also serve as a deterrent to the cowards that do this.” He says: “ATTACKS WOULD END!”

At a White House listening session on gun violence Wednesday, Trump raised the idea of arming some teachers with concealed weapons.

President Donald Trump is pledging to be “very strong on background checks.” And he suggests he’d support allowing some teachers and other school employees to carry concealed weapons to be ready for intruders.

Trump listened intently Wednesday to the raw emotion as students and parents appealed to the president to set politics aside and protect America’s school children from the scourge of gun violence.

The president had invited the teen survivors of school violence and parents of murdered children in a show of his resolve against gun violence in the wake of last week’s shootings at Marjory Stoneman Douglas High School in Parkland, Florida, and in past years at schools in Connecticut and Colorado. The latest episode has prompted a renewed and growing call for stronger gun control.

Trump later tweeted that he would “always remember” the meeting. “So much love in the midst of so much pain. We must not let them down. We must keep our children safe!!” 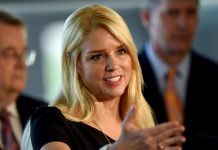 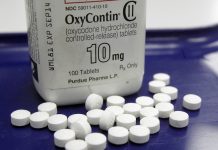