Democratic West Virginia Sen. Joe Manchin again refused to waver on his support for the filibuster as President Joe Biden heads to Georgia to speaking about Democratic voting bills and Senate Majority Leader Chuck Schumer vows to debate scrapping the tool in the coming days.

Manchin and Arizona Sen. Kyrsten Sinema have been the two Senate Democrats consistently opposed to scrapping the filibuster, which establishes firm 60-vote threshold for most bills to pass the chamber. Others are reportedly privately opposed or have recently expressed hesitancy toward doing away with the rule altogether.

With a total filibuster repeal that would allow Democrats to pass legislation without any GOP support all but certain to fail, Democrats have floated adjusting the rule in a smaller capacity in hopes that more senators might offer their support. Manchin said that any changes to Senate rules should have at least two-thirds support, meaning that at least 17 Republicans would have to agree if he does not waiver. (RELATED: McConnell Blasts ‘The Left’s Big Lie’ As Schumer Prepares Another Voting Bill Push) 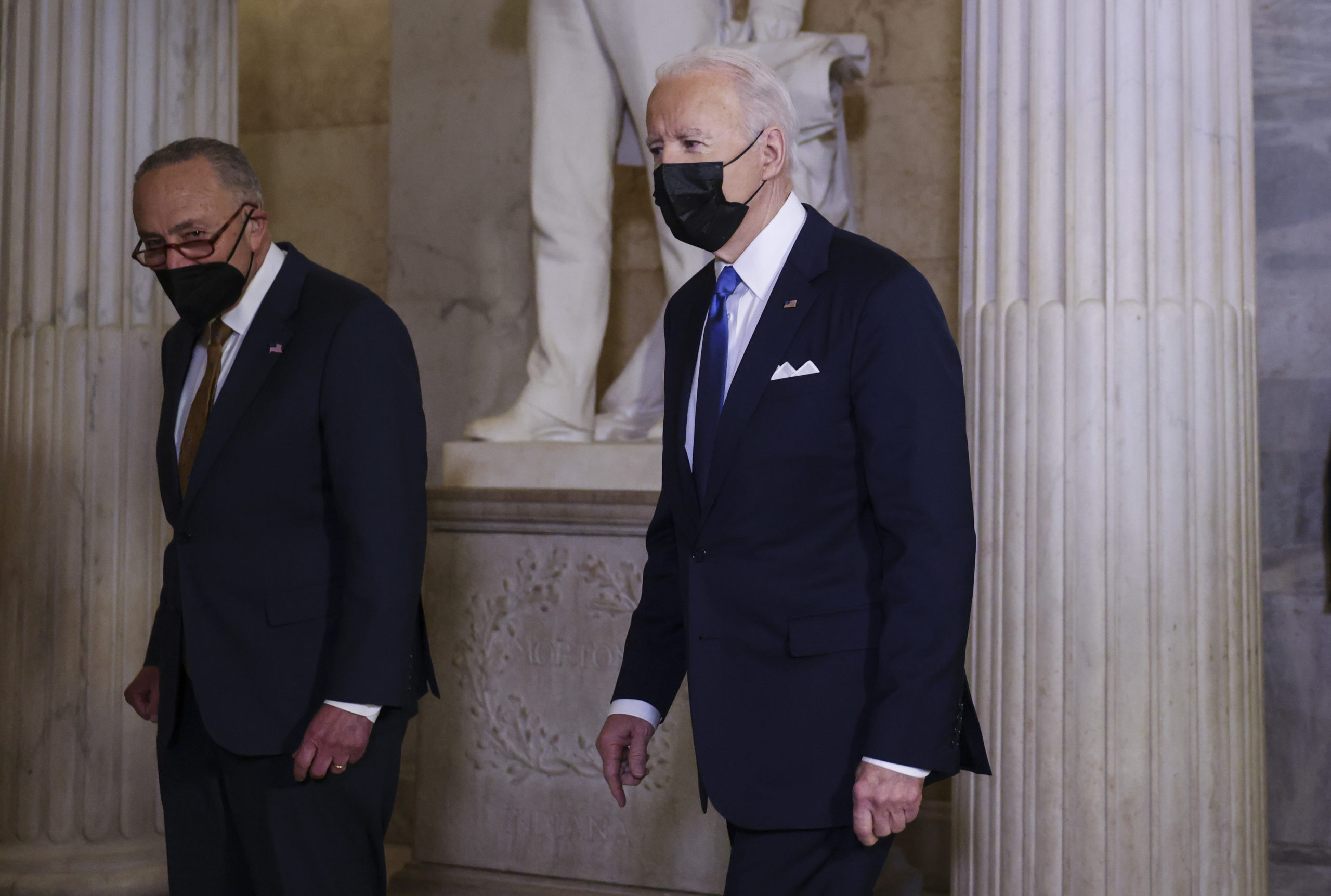 Manchin’s comments came as Schumer took to the floor to criticize Republicans and the election reform bills that GOP legislatures have adopted in multiple states which he alleged make it harder for non-white to vote. (RELATED: Schumer Promises Vote On Filibuster Change By MLK Day If Republicans Block Voting Bill)

Schumer spoke as multiple Senate Republicans warned against doing away with the filibuster. Senate Minority Leader Mitch McConnell accused Schumer of “trying to bully his members into breaking their word” on the issue, and he vowed to bring votes and use tactics “inconvenient for the majority and this White House in a way that nobody has seen in living memory.”

Manchin did, however, express interest in modest changes to the filibuster, including switching the 60-vote threshold to a three-fifths threshold and implementing a type of “talking filibuster,” which could increase the amount of floor debate.

Content created by The Daily Caller News Foundation is available without charge to any eligible news publisher that can provide a large audience. For licensing opportunities of our original content, please contact licensing@dailycallernewsfoundation.org.Tags : chuck schumerfilibusterjoe bidenjoe manchinmitch mcconnell