The Florida Department of Education (FDOE) rejected 41% of math textbooks proposed by publishers for public instruction because they contained “indoctrinating concepts” prohibited by the state, according to a Friday press release.

Florida approved 78 of the proposed 132 textbooks, rejecting 41% of admissions that are not in line with the state’s Benchmarks for Excellent Student Thinking (B.E.S.T.) Standards, the FDOE announced in a Friday press release. Publishers can substitute or revise their submitted bids to meet Florida’s specifications or appeal the FDOE’s decision.

“The approved list followed a thorough review of submissions at the Department, which found 41 percent of the submitted textbooks were impermissible with either Florida’s new standards or contained prohibited topics – the most in Florida’s history,” the press release said. “Reasons for rejecting textbooks included references to Critical Race Theory (CRT), inclusions of Common Core, and the unsolicited addition of Social Emotional Learning (SEL) in mathematics.” 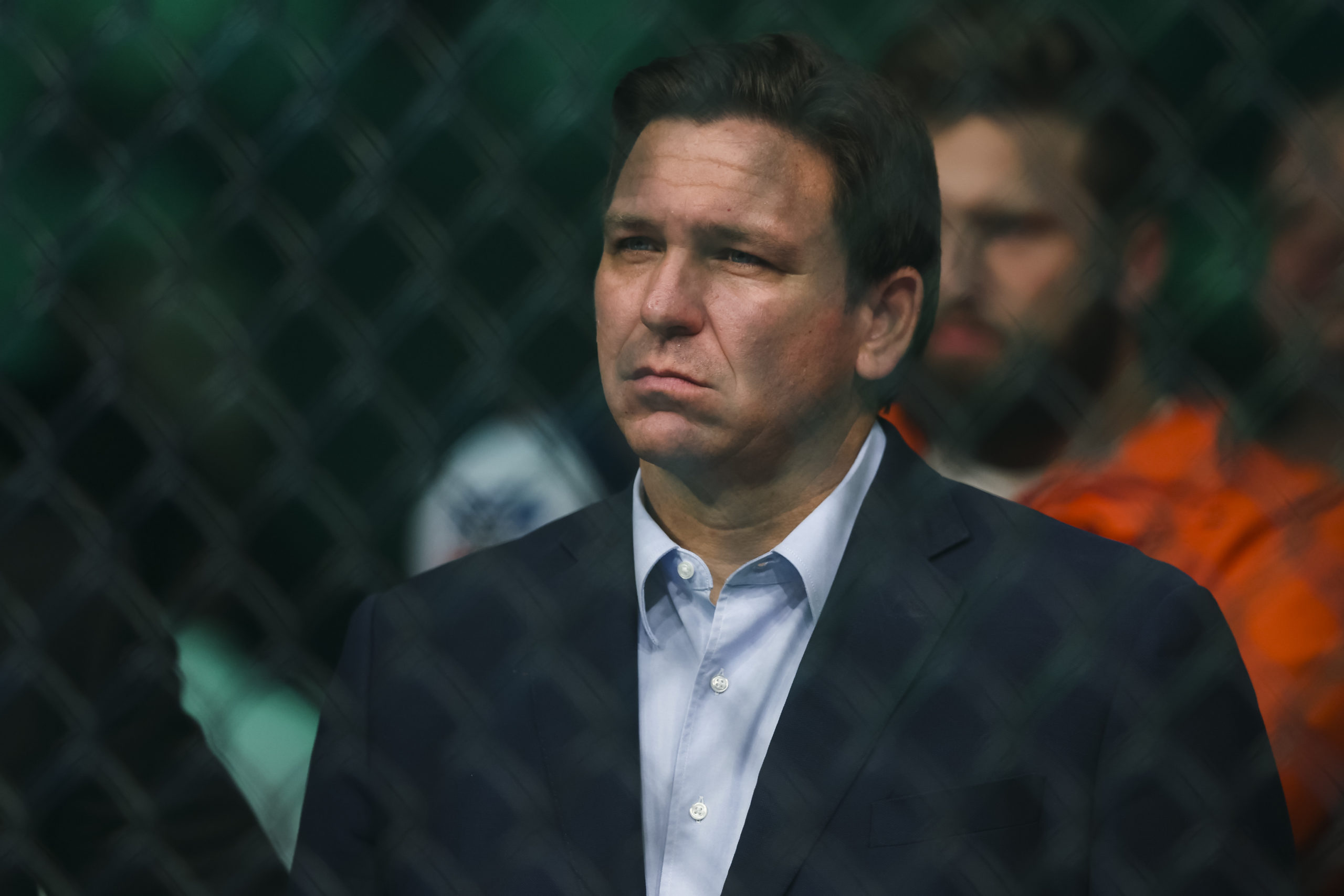 Florida governor Ron DeSantis is seen in attendance during the UFC 273 event on April 09, 2022 in Jacksonville, Florida. (Photo by James Gilbert/Getty Images)

K-5 grade levels saw the highest number of books not adopted with 71% of textbooks rejected because they contained “prohibited topics and unsolicited strategies,” according to the press release. (RELATED: School District Trains Teachers To Become ‘Anti-Racist’ ‘Co-Conspirators’ To Subvert ‘Curriculum Rooted In Whiteness’)

“It seems that some publishers attempted to slap a coat of paint on an old house built on the foundation of Common Core, and indoctrinating concepts like race essentialism, especially, bizarrely, for elementary school students,” Florida Republican Gov. Ron DeSantis said in the press release. “I’m grateful that Commissioner Corcoran and his team at the Department have conducted such a thorough vetting of these textbooks to ensure they comply with the law.”

Florida’s Commissioner of Education Richard Corcoran said the state “has become a national leader in education” under DeSantis’ leadership.

“When it comes to education, other states continue to follow Florida’s lead as we continue to reinforce parents’ rights by focusing on providing their children with a world-class education without the fear of indoctrination or exposure to dangerous and divisive concepts in our classrooms,” Corcoran said, according to the press release.

The FDOE “proactively” reminded mathematics publishers and school districts to “not incorporate unsolicited strategies, such as social emotional learning and culturally responsive teaching” which do not align with the B.E.S.T. Standards, according to a June 9, 2021

“It is unfortunate that several publishers, especially at the elementary school grade levels, have ignored this clear communication and have attempted to slip rebranded instructional materials based on Common Core Standards into Florida’s classrooms, while others have included prohibited and divisive concepts such as the tenants of CRT or other unsolicited strategies of indoctrination – despite FDOE’s prior notification,” the department announced.