DirecTV is dropping Russian state media outlet RT America from its programming lineup due to Russia’s invasion of Ukraine, the company said Tuesday.

“In line with our previous agreement with RT America, we are accelerating this year’s contract expiration timeline and will no longer offer their programming effective immediately,” DirecTV said in a statement shared with Axios.

A company spokesperson said that DirecTV was already considering dropping RT America when its contract expired, but that it severed ties earlier due to the events unfolding in Ukraine. 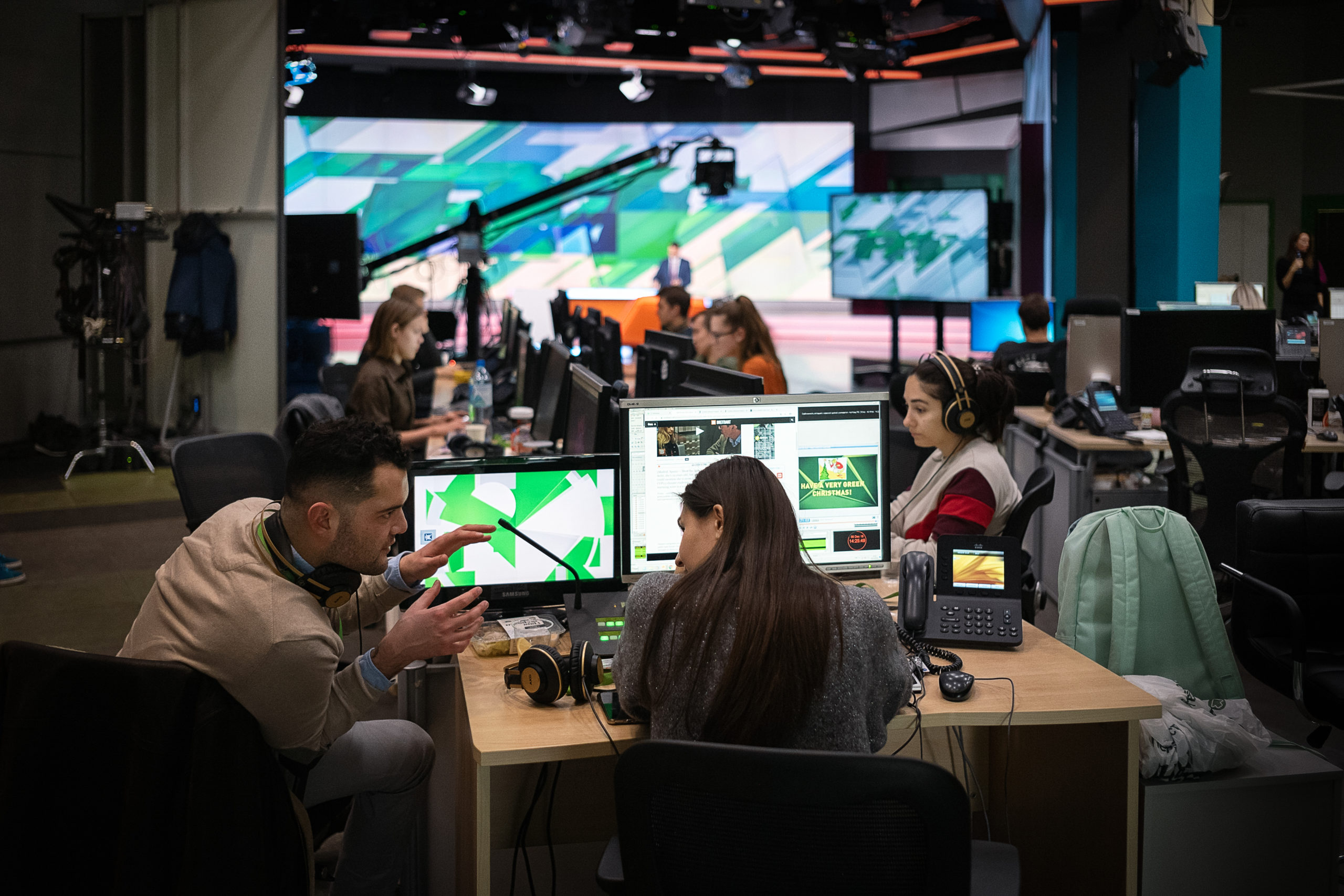 Employees of RT work in its international studio on December 6, 2019 in Moscow, Russia. RT, formerly known as Russia Today, is a state-funded TV network that produces news content in English and several other languages. (Photo by Misha Friedman/Getty Images)

The National Association of Broadcasters (NAB), the trade group representing the broadcast industry, called on its members to cut ties with Russian state-backed outlets, citing the threat of “misinformation” and criticizing Russia’s “unprovoked aggression.”

“While the First Amendment protects freedom of speech, however, it does not prevent private actors from exercising sound, moral judgment. To that end, given the unprovoked aggression exhibited by Russia against the free and sovereign people of Ukraine, NAB calls on broadcasters to cease carrying any state-sponsored programming with ties to the Russian government or its agents,” NAB president and CEO Curtis LeGeyt said in the statement. “While we know that airings of such programs are extremely limited, we believe that our nation must stand fully united against misinformation and for freedom and democracy across the globe.”

DirecTV’s decision follows efforts by U.S. tech companies to restrict Russian state media on their platforms; Facebook parent company Meta is blocking RT and Sputnik in certain European countries, while other platforms have reduced circulation of the outlets’ content and prevented them from earning money through advertising.

Russia Today did not immediately respond to the Daily Caller News Foundation’s request for comment.