China accelerated its plans to set up a research base on the moon, potentially establishing one by 2027, the South China Morning Post reported.

The new target date for the unmanned lunar station is eight years ahead of the previous goal, Chinese authorities told the outlet. Scientists said the reason China sped up its plans might be because it feels threatened but the U.S. space program, the South China Morning post reported.

Zhang Chongfeng, deputy chief designer of China’s manned space program, has accused the U.S. of attempting to seize land on the moon through NASA’s Artemis program, which plans to send astronauts to the moon by 2024, the Morning Post reported. The Artemis program would reportedly construct large-scale facilities in the moon’s orbit and on its surface.

The U.S. government has proposed the Artemis Accords, which would establish rules for future lunar activities, but China and Russia say they would challenge the existing international protocols, including the U.N.’s Moon Agreement, the outlet reported. 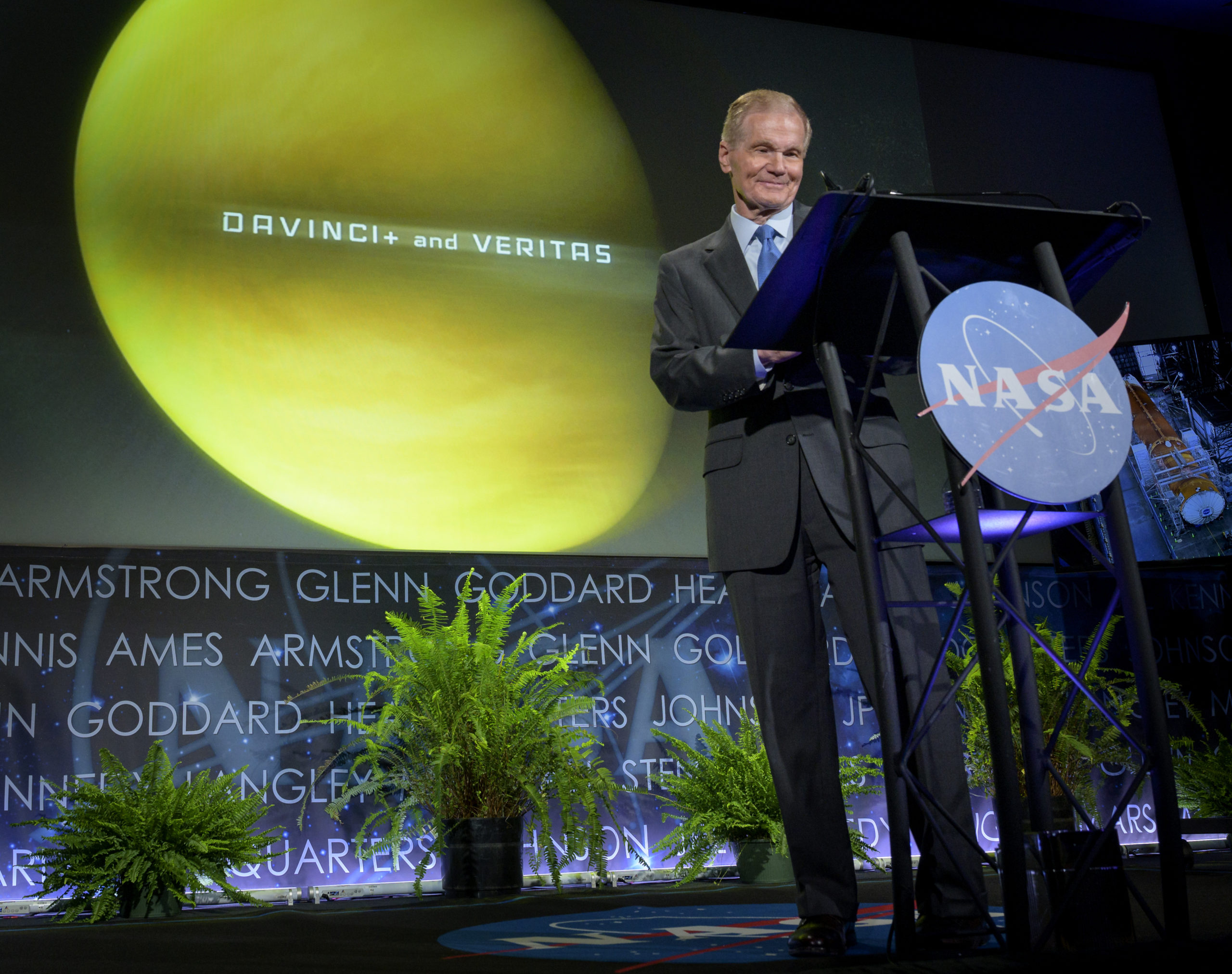 In this handout image provided by the U.S. National Aeronatics and Space Administration (NASA), Administrator Bill Nelson talks to the agency’s workforce during his first state of NASA event at NASA headquarters in the Mary W. Jackson Building June 2, 2021 in Washington, DC. (Photo by Bill Ingalls/NASA via Getty Images)

China’s initiative, the Chang’e 8 program, will deploy a mobile station that would roam freely on the moon’s surface for over 620 miles, the Morning Post reported. The station would be nuclear-powered and allow visiting Chinese astronauts to stay on the moon for extended periods of time at a fraction of the cost required for Americans

The Chang’e 8 mission will also dedicate its attention to the exploration of caves, the Morning Post reported, an endeavor which could provide a natural shelter for the construction of permanent settlements. With the help of Russia, China could become a leading nation on the moon by 2050, Zhang reportedly predicted.