One of the last purported big time Florida cocaine smugglers from the 1980’s has pleaded not guilty to charges that could send him to prison for life.
Gustavo Falcon, 55, stood quietly in shackles as his attorney entered his plea today in south Florida.
Falcon is charged in a 1991 indictment with being a leader in a smuggling operation that brought 75 tons of cocaine into the U.S. from South America, valued at $2 billion.
When the indictment came down against Falcon, his brother Augusto, Salvador Magluta and others, he vanished in plain sight, living with his wife for 26 years under an assumed name in Orlando. 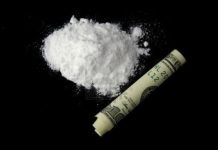 Trial Delayed For ‘Cocaine Cowboy’ On The Run For 26 Years

Cocaine is making comeback in Florida