The Broward Sheriff’s Office said the car was carrying seven children between 12 and 14 years old near Fort Lauderdale when the driver lost control at about 3 a.m. Sunday.

One occupant was pronounced dead at the scene and another at the hospital. The other five were hospitalized.

The names and ages of the dead were not released. The crash remains under investigation and no further details were immediately released. 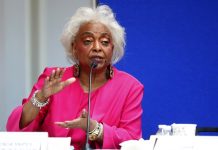