Rosy budget forecast for Florida in 2019

TALLAHASSEE, Fla. (AP) — Florida’s next governor may inherit a small budget surplus during his first year in office, according to an annual forecast by state economists.

The new forecast released late Friday shows the state is expected to bring in enough money in 2019 to meet its needs for public schools and health care programs while leaving $1 billion available for reserves and even some money for a small round of tax cuts.

The three-year forecast, which will officially be presented to legislators this coming week, predicts a relatively small surplus of about $223 million. The state’s overall budget, which includes billions in federal grants, is slightly under $90 billion.

Sen. Bill Galvano, the Bradenton Republican in line to become the next Senate president, said that while the budget projections “give us reason to be optimistic” he pointed out that the new forecast also shows shortfalls in 2020 and 2021.

“These projections give us reason to again proceed cautiously as we evaluate policies requiring new financial commitments,” Galvano said in a memo to state senators.

Florida’s constitution requires that state economists draw up a three-year financial outlook each fall that looks at spending projections in key programs such as Medicaid and available tax revenues. Lawmakers will meet next March for their annual session, with one of their main jobs to be the crafting of a new budget.

Florida’s budget has been strained in recent years as legislators have cut taxes while at the same time tried to meet demands in education, environmental programs and in health care.

By the time legislators reconvene next year, there will be a new governor in office. Both Tallahassee Mayor Andrew Gillum, a Democrat, and U.S. Rep. Ron DeSantis, a Republican, are running to replace Gov. Rick Scott, who is leaving due to term limits. Gillum has vowed to boost spending on schools if elected and has promised to raise the state’s corporate income tax in order to pay for it.

DeSantis has promised to keep intact policies adopted in recent years by Scott and the GOP-controlled Legislature, but during his campaign so far he has included very few specifics. 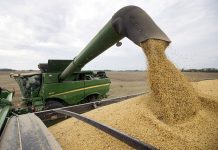 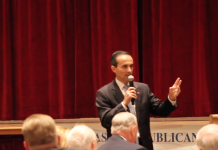