PANAMA CITY BEACH, Fla. (AP) — Marine life experts are caring for a bottlenose dolphin that was found stranded on a Florida beach.

The sea mammal was immediately transported to Gulf World Marine Institute for rehabilitation. Officials say it was swimming on its own Monday and was under a 24-hour watch. Veterinarians were trying to determine what caused the dolphin to become stranded. 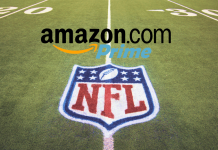