Newstalk Florida – N
Listen Now WHBO AM 1040
Listen Now WWBA AM 820
Home Entertainment Steve Backshall takes you on the exploration of your life in his...
Facebook
Twitter
Pinterest
WhatsApp

Last summer PBS dazzled us with their series on space, which was both groundbreaking and breathtaking. So, what do they do for an encore?

Well with the help of the amazing Steve Backshall, a BAFTA-winning adventurer and wildlife expert you explore the earth as it has never been done before. So, starting tonight at 10 p.m. PBS will debut the first of a ten-part series called Expedition with Steve Backshall.

To say that Backshall is a world-class explorer is like saying Pele could play soccer. Backshall is about to take us on some heart-stopping adventures and showcase some parts of this planet that have been seen by any human beings.

I spoke to him this week for Stream On with Jim Williams and here are a few things he was excited about. Be sure to listen to the entire podcast to get some amazing stories from Backshall about how he and his team put this stunning series together.

Williams: When you explore as fearless as you seem when you are on camera?

Backshall: It may seem that way but rest assured I am just as afraid of what could happen to me as anyone else might be. But a little fear is a good thing because when you accomplish the goal you set out to do it is that much more life-affirming.

Williams: In this ten-part series you travel to a number of pretty amazing and breathtaking locations. How did you arrive at the list of places you wanted to explore for the series?

Backshall: Believe it or not I have been working on this list since the 1990s.   I wanted to pick unique locations that no one had ever been before with an interesting mix of sites. We go from the deserts of Oman to the ice cap in Greenland and we travel to the Amazon where we see the real “Lost World,” where there are endemic species never recorded or even seen before, and to The Pikien River, in Suriname where no one has ever ventured. So, each of the ten shows will take you someplace you are likely not to know much about but we are there to document the story and showcase why each of these locations is so very special.

Williams: Do you hope that the series inspires some young people to go exploring?

Backshall:  Absolutely, I hope kids understand they start out small and check out things in their own neighborhoods, learn what it is like to camp out in the rain but to always do your exploring with adult supervision.

Listen to “Steve Backshall talks about his new 10 part great adventure series on PBS” on Spreaker. I highly recommend this series to viewers of all ages as well as to teachers, there is much to be learned in these shows from climate change to anthropology.

This is a show that the entire family should watch together and if you miss an episode you can get on PBS On Demand. However, I recommend that you invest in PBS Passport, it was one my Top 5 Must-Have streaming apps and you will have all of the amazing PBS content right there on demand. 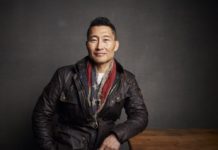 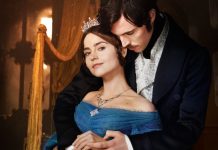 PBS Apps Are The Best Kept Secret In Streaming Video 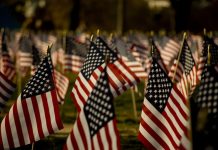