In news that might not come as a surprise to those who live in Orlando, Wallethub has ranked the city top in the nation for ‘Staycations.’  Citing restaurants, recreation, access to zoos and aquariums as well as access to ice cream, Orlando ended up topping the list.

The attractions of Orlando took center stage in the rankings and in their methodology.  The theme parks, zoos, aquariums, and restaurants around the city gave it the top rank on the “food and entertainment” side of the ranking, and their margin was heavy enough to have it ranked first overall.

A staycation is time off of work that is spent close to home.  It has become the preferred form of time off for an increasing number of people who either struggle to afford a trip or who don’t have enough time off at any given time to head somewhere.  In a city like Orlando, or Tampa for that matter, people can get at home what many people take vacations for.

Orlando also finished tied for first in “Ice Cream and Frozen Yogurt Shops Per Capita,” which helped give it the first overall ranking.

Tampa finished sixth in the overall ranking, and second in the “rest and relaxation” category.  Tampa ranked ahead of Honolulu and Scottsdale in that regard, and the only place ahead of it was Cape Coral.  Tampa was 12th in “food and entertainment” as the culinary options of the city had it climbing up the rankings.  Cape Coral finished 24th overall, largely on the strength of its “rest and relaxation” score.

Other notable cities include Chicago (3rd), Las Vegas (7th), New York (13th), Boston (25th), and Miami (26th).  At the bottom of the list, the worst cities for a ‘staycation’ are San Bernadino, California, Bridgeport, Connecticut, and Oxnard, California. 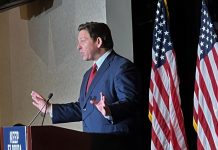