Roughly 75 firefighters from four agencies battled the fast-moving blaze in Orange Park on Saturday. It took them nearly an hour to extinguish it.

Firefighters also evacuated residents from neighboring buildings as a precaution. No one was seriously injured.

Officials say most of the units are a total loss. Some victims were sleeping when they were forced to evacuate. One woman told the Florida Times-Union she and her son ran outside without shoes to escape.

It’s unclear what sparked the fire. Witnesses said they heard several loud explosions as flames shot through the roof and out the windows.

At one point, firefighters were forced out of the building because it was too dangerous to continue fighting from the inside. 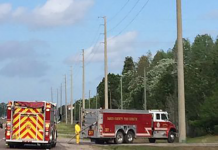 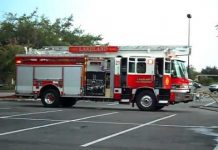