Busy finish to legislative session ahead

TALLAHASSEE, Fla. (AP) — Florida legislators are entering the final two weeks of their annual legislative session, and their focus is on the shooting at a Florida high school that resulted in the deaths of 17 people earlier this month.

Nikolas Cruz, the 19-year-old suspect in the shootings at Marjory Stoneman Douglas High in Parkland, used an AR-15 rifle in his attack.

The legislative proposals also call for spending more than $400 million on a variety of mental health and school safety programs. The legislation would also call for active shooter drills at schools and the creation of a “marshal” program that would allow law enforcement to train and deputize someone who would be allowed to have a concealed weapon while on campus.

The bills that will be considered do not include a ban on semi-automatic rifles. Many Democrats are insistent that any proposal should include the ban, but Republican leaders are opposed to considering that restriction.

Legislators are also racing to finish work on a new state budget. They have until March 6 to wrap up budget negotiations because Florida law requires that the budget must be finished three days before a final vote. Despite little visible progress being made, legislative leaders insist they will get their work done on time.

Other bills coming up next week include:

–The Senate is scheduled to consider a bill (HB 67) that would create a slavery memorial at the Florida Capitol. The House has already passed the measure that would authorize a memorial to recognize the cruelty and inhumanity of slavery.

–The House is expected to hear legislation that would have Florida fully ban texting while driving.

Currently, Florida law says texting by noncommercial drivers is a secondary offense. That means officers must see another violation like speeding or an illegal lane change before they cite a driver for texting. The bill (HB 33) under consideration would make texting while driving a primary offense.

While the House is poised to pass the legislation, it is bogged down in the Florida Senate. Sen. Rob Bradley, a north Florida Republican and Senate budget chairman, has not allowed the bill to be heard in his committee. Bradley said he is concerned about giving extra power to the police. He is also worried about privacy rights because police may have to inspect cellphones in order to prove someone was texting.

–A Senate committee is scheduled on Tuesday to take up a sweeping education bill (HB 7055) that is a top priority for House Speaker Richard Corcoran. The bill would allow students who are victims of bullying, harassment and other types of violence to either transfer to another public school or receive a private-school voucher.

— Florida would ban a type of second-trimester abortion procedure under a bill that will be considered by the House.

The legislation (HB 1429) would prohibit a physician from using forceps and other instruments to remove the fetus from the womb. The bill uses the nonmedical term “dismemberment abortion” to describe the procedure. Similar legislation has not been heard in the Florida Senate. 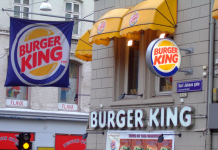