WEST PALM BEACH, Fla. (AP) — A politically prominent Florida eye doctor could get more than 30 years in prison for stealing $100 million in one of history’s largest Medicare frauds.

U.S. District Judge Kenneth Marra could give the 63-year-old Melgen a life sentence. Prosecutors are asking for 30 years. Melgen’s attorneys want no more than 10.

Prosecutors said Melgen was the nation’s highest-paid Medicare provider for five straight years. Melgen convinced many elderly patients to undergo often painful tests and treatments they didn’t need for diseases they didn’t have. 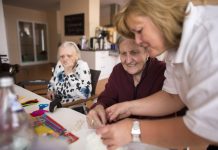