GALLOWAY, N.J. (AP) — One of America’s best law enforcement officers at sniffing out hidden explosives is 8 years old, already going gray and loves nothing more than chewing vigorously on a white cotton towel to unwind.

The United States Police Canine Association held the Detector Dog competition, which featured more than 100 dogs from across the country. Police dogs from New York, New Jersey, Pennsylvania, Iowa, North Carolina, South Carolina, Missouri, Maryland, Virginia, Florida, Tennessee and Washington, D.C. competed, as did dogs from the FBI and CIA. There even was a dog from Mexico’s Fiscalia General, the national prosecutor’s office.

Sgt. Tracy Stuart, Hemi’s handler at Stockton, which hosted this year’s competition, said it’s considered the Super Bowl for sniffer dogs. And Hemi was quick as a flash in sniffing out hidden traces of explosives.

The dogs are trained from a young age by exposing them to the scent of whatever it is they will search for, which might be various narcotics, explosives, or even dead bodies. The one cadaver dog that competed was literally in a class by himself.

Many dogs are trained to sit still directly in front of what they’ve found until their handler arrives. That’s what Hemi did during a demonstration Stuart conducted for reporters after the dog had competed.

He sniffed several metal cans, arranged in a circle, for traces of explosives. Only a few had any; others held substances designed to throw him off the scent. Hemi, who will turn 9 on June 22, quickly sniffed and scorned several cans until plopping down in front of one that had explosive residue inside. Stuart took out his favorite towel and let him chew on it and fling it around as a reward.

He had a real-life moment during the New Year’s holiday when a police agency was after someone it suspected had weapons hidden in a commercial storage unit. Stuart was dubious Hemi would succeed; the unit was nearly airtight, and if even the smallest particles of explosives can’t emerge from the container and get into the air, “then the dog has no chance.”

But he sniffed around, “and all of a sudden he snapped back and sat,” she said, indicating that he detected explosives. Police obtained a search warrant and found “lots of drugs and a couple of weapons, hidden way in the back, under a lot of junk,” Stuart said.

Luna has sniffed out numerous drug stashes in his northern New Jersey neighborhood, and once even helped police catch a peeping Tom who had fled from officers, according to his handler, Cpl. Tony Testino.

His reward? A ball to chew on and chase.

The dogs and their handlers quickly bond, said Sgt. Louis Kaelin, of the Camden County Corrections Department in New Jersey, whose dog Jax sniffs out contraband in jail cells.

“You’re with the dog every day,” he said. “You talk to the dog. He’s your partner and your best friend. He protects me and I protect him.”

It can cost $10,000 to $15,000 or more to properly train a police dog, depending on what he or she is assigned to do, Stuart said. And then there’s the unique give-and-take that handlers develop with their dogs.

“It’s being able to read your dog, to talk to him and know what he’s doing and thinking,” she said. When Hemi won the competition, Stuart knew just what to give him.

“He got a nice big beef patty,” she said. 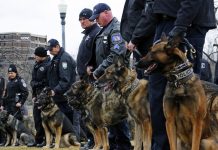 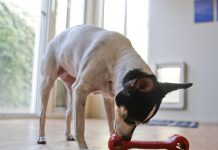 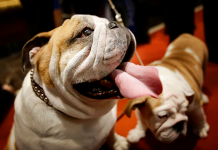 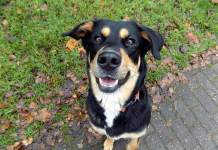 Is The Chicago Bears Ownership Seeking A New Den?