The U.S. coastal sea level is projected to rise by at least one foot over the next 30 years, the same amount recorded over the last century, according to the nation’s leading climate researchers.

The expected sea level rise will lead to a “profound increase” in coastal flooding, even if heavy rainfall remains at current levels, scientists at the National Oceanic and Atmospheric Administration (NOAA) and the National Aeronautics and Space Administration (NASA) said in an extensive 111-page technical report published Tuesday. The research, conducted using a series of models and datasets, represents the most in-depth analysis of sea level rise since January 2017.

“This report is a wake up call for the United States,” NOAA Administrator Richard Spinrad remarked during a press briefing Tuesday.

Major and moderate “high tide flood events” are projected to become as frequent as moderate and minor flood events are today, according to the report. The researchers said domestic coastal infrastructure, communities and ecosystems will face serious consequences from the tide level rise.

“Science is indisputable and urgent action is required to mitigate a climate crisis that is well underway,” NASA Administrator Bill Nelson said in a statement.

Nelson said that the report showed sea level rising at a “very alarming rate” which was “endangering communities around the world” in remarks during the press briefing. 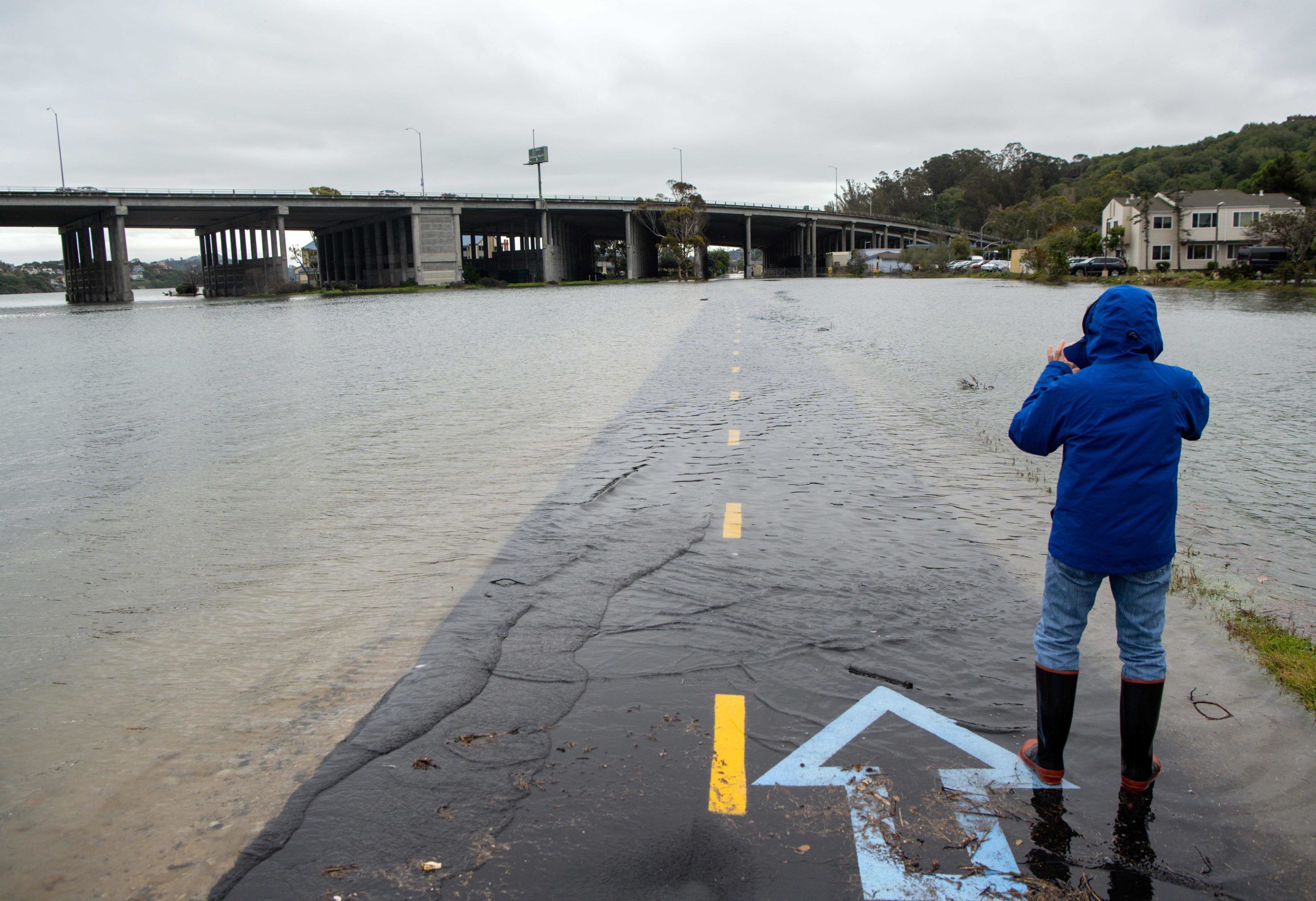 A man takes a photo of a flooded bike path in Mill Valley, California, on Jan. 3. (Josh Edelson/AFP via Getty Images)

“For businesses along the coast, knowing what to expect and how to plan for the future is critical,” Secretary of Commerce Gina Raimondo said in a statement. “These updated projections will help businesses, and the communities they support, understand risks and make smart investments in the years ahead.”

White House climate adviser Gina McCarthy said the report represented a “blinking code red” for the world. She said the U.S. must “redouble” its efforts to cut carbon emissions

However, William Sweet, an oceanographer from the NOAA’s National Ocean Service, said during the press briefing that Americans would be able to adapt to the amount of sea level rise projected by 2050, in response to a question on whether it would force migration.

In an effort to combat climate change, President Joe Biden has pushed renewable energy alternatives to traditional fossil fuels, including solar and wind, aggressively since taking office last year. The White House has outlined plans to ensure the entire U.S. grid is carbon-free by 2035 and the economy reaches net zero emissions by 2050.

The Biden administration has also waged a war on traditional energy production, nixing the Keystone XL pipeline, ditching an oil drilling project in Alaska and confirming it would review the possibility of shutting down a Michigan pipeline supplying fuel to much of the Midwest.

While 2021 was colder than 2019 and 2020, it marked the world’s sixth-warmest year on record, the NOAA previously said. A United Nations report released in August 2021 warned that the world was likely to warm more than 2 degrees Celsius above pre-industrial levels by 2100.