University of Central Florida President Dale Whittaker on Friday acknowledged a “broken culture” at his school, after receiving an investigative report on the improper use of state funding to construct a major campus building.

The report, which was reviewed by the university’s board of trustees on Friday, focused on UCF’s use of $38 million in operating funds to build the 137,000-square-foot Trevor Colbourn Hall. State policy restricts the use of the funds to activities such as instruction, research, libraries, student services or maintenance.

The investigation also outlined a total of $84.7 million in state operating funds that either were used or slated to be used by UCF for construction projects, in direct violation of state policy.

UCF has since replaced the misspent $52 million in operating funds used for construction with proper funding.

“This is about more than one building. We understand the scope of what happened, we accept responsibility for it and, frankly, we’re embarrassed by it,” Whittaker said in a message to students, faculty and UCF supporters.

Whittaker said he read the report “carefully” and “what I saw was a broken culture in one of our areas where UCF’s core values were not embraced.”

Whittaker blamed the problems on “a matter of culture,” adding “our solutions have to be comprehensive and reaffirm our values.”

Among his immediate actions, Whittaker said he is terminating four members of the school’s finance and administration division.

The investigation, which was conducted by the Atlanta law firm of Bryan Cave Leighton and Paisner, confirmed the central role of William Merck, the school’s former chief financial officer, in orchestrating the plan to use operating funds for construction projects.

Merck, who did not cooperate with the investigators, resigned from his job after UCF officials outlined the problem at a Board of Governors’ meeting in September. The misuse of the funding was first identified by the state auditor general during a summer review of the university’s spending.

The report said Whittaker, who was hired as a provost in 2014, may not have fully understood the implications of the funding when he signed a document related to the Colbourn project shortly after coming to the school. But investigators noted Whittaker became more familiar with the funding as time passed.

“Like others, Whittaker recalled hearing Merck state that the funding for (Colbourn Hall) might lead to an ‘audit comment,’ which he said did not worry him because he was not familiar with state audits at the time and also because Merck downplayed the significance of this,” the report said.

Whittaker also told investigators that he “did not feel he was in a position to challenge Merck because he appeared to have the full confidence of the president, to whom he reported,” the report said.

As for Hitt, the report said the former president, like Whittaker, did not appear to have a “full understanding of the significance” of using the operating funds for a construction project.

“Nevertheless, it does appear that Hitt was advised of the possibility that the funding for (Colbourn Hall) might lead to an adverse audit finding and that he directed Merck to go forward with the project anyway,” the report said.

The UCF Board of Trustees voted Friday to accept Hitt’s decision to end his job as a $300,000-a-year adviser and fundraiser for the school as of Jan. 10. Hitt has been paid about half of his salary, which he started receiving when he retired in July.

Since the funding problem surfaced in September, UCF has taken a series of steps to address the issue, including creating a new position for a “chief accountability officer,” who will oversee the school’s Compliance, Ethics and Risk Office, Whittaker noted.

He also has called for “real-time” audits of construction projects, issued a moratorium on projects over $2 million and separated the jobs of the vice president for finance and administration from the school’s chief financial officer.

“As president, I will rebuild a culture where leadership — starting with me — serves the university with integrity, competency and openness,” Whittaker said.

The UCF trustees will continue their review of the report at a meeting next Thursday. The Board of Governors, which oversees the 12 state universities, is expected to take up the issue at a meeting later this month at Florida International University.

The Legislature is also taking a hard look at the issue, with three House committees reviewing various aspects of UCF’s misuse of state funding as well as the broader issue of state funding for all the universities. 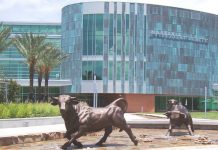 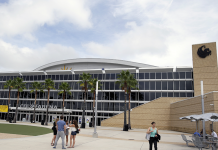